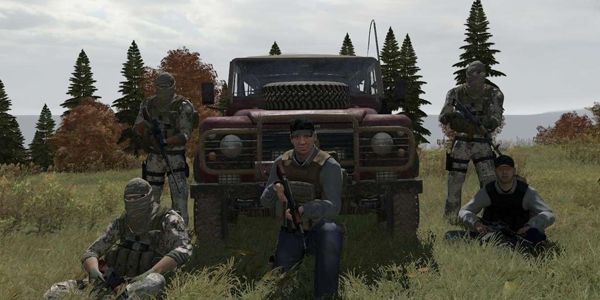 DayZ is an incredibly popular zombie survival game – actually an Arma 2 mod that keeps gaining popularity and now stands at close to 1 million active users. And I am sure that its popularity will keep growing as people find the money to buy Arma 2 (you actually need that in order to play DayZ) and as the mod gets tweaked even more.

But what about a cheaper alternative to the zombie survival simulation that we get in DayZ? If you want it, there’s an indie project out in the wild for quite some time, Project Zomboid (click the link to read my full review). The game is similar in concept and absolutely beautiful – plus there’s an upcoming patch that brings even more wonder to the game.

However, before jumping the Project Zomboid wagon (which I guarantee you’ll love), I should warn you over a few things: first and most important, PZ is NOT a first person shooter but an isometric game set in a zombie infested city. Then, we have the graphics that are not as top notch as the ones of Arma 2 (but yet again, Arma itself is an old game and has some outdated visuals, which proves that fans of the survival genre don’t really care about this as long as they have a quality product on table). And finally, the biggest “flaw” of Project Zomboid: it’s just you there in the gaming world. Which means that there’s no multiplayer or online play AT THE MOMENT (the developers have, however, announced that they plan to bring online play to the game).

But the concept is the same: it’s you against the hordes of zombies and your goal is to survive as much as possible. Gather food, craft weapons, destroy zombies, create a “safe house” and see how long you can make it. It’s absolutely beautiful and can be easily considered as an alternative to DayZ. Or maybe, even better: some icing on the cake of zombie survival brought to you by DayZ.