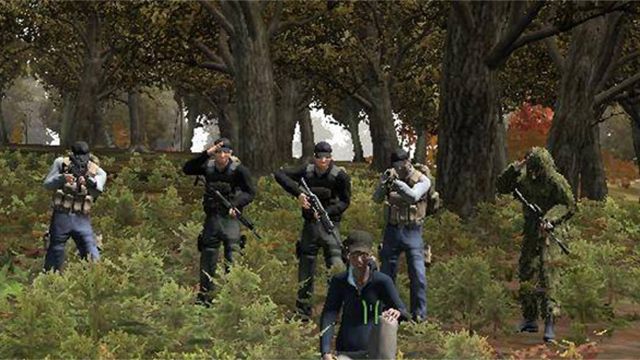 With developers already “borrowing” the idea behind DayZ, the popular Arma 2 zombie survival simulation/shooter game, it is no surprise that the developers of the original are considering making the game one that requires no other downloads in order to be played. That’s right, the DayZ development team is not saying “no” to the idea of creating a standalone game based on (or taking forward) the DayZ concept.

The announcement was made in an interview Dean Hall, one of the team members had with VG247:

““We’re really on borrowed time,” Dean said. “I want to see it become a standalone game, following the Minecraft model of a low price point, but that will only work if we say that everyone is going to pay, and in order for people to not feel ripped off we need to have a load of new content; so, things like base-building, tidying and cleaning up animations and add ragdoll physics as the like.”

The good news is that the developers already have some offers – Bohemia Interactive is one of the more obvious choices – but no deal is signed. However, Dean Hall believes that the development of the standalone DayZ game could be finished in the next few of months and “certainly before Christmas” which would mean that they do plan a holiday season 2012 release to get a bit of the juice of the Christmas spirit.

The best part about the game, though, is that the developers would like to follow a “Minecraft” model with the game, meaning that they want to make it available for a low price. And that is always a pro in the world of gaming.