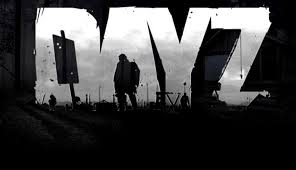 Over 88,000 people downloaded DayZ in the first twelve hours of its release, it has been revealed.

The zombie survival horror was released on Steam early access yesterday for £19.99, with the price to rise as the development of the game continues.

Maruk, a member of the games publisher Bohemia announced the news of the Alpha testing’s launch success over Twitter. He tweeted: “88.000 survivors have joined Dayz Alpha in the first 12 hours” adding a “Thank you.”

The game began life as a mod for the 2009 game ARMA 2, before development began to turn it into a standalone game. The creator of the DayZ mod Dean Hall revealed on Twitter that the game had attracted 19,000 unique players just one hour after the launch, a figure that was rising at a rate of 200 a second. This prompted Hall to tweet the wise words of “What the hell…”

The game has attracted a number of high profile gamers to tweet about their experience, including former Design Director of Epic Games Cliff Bleszinski, who was seen tweeting about his first bug in the game.

Being in Alpha testing does mean the game will be quite buggy for a while, but if you’re interested  in helping the development take its course and don’t mind encountering problems then by all means jump right in.

Back in April, Hall told The Escapist that as long as the PC version does not go drastically wrong, then there should be a console version of the standalone sometime down the line.

I wish Hall and everyone in Bohemia all the best for DayZ.