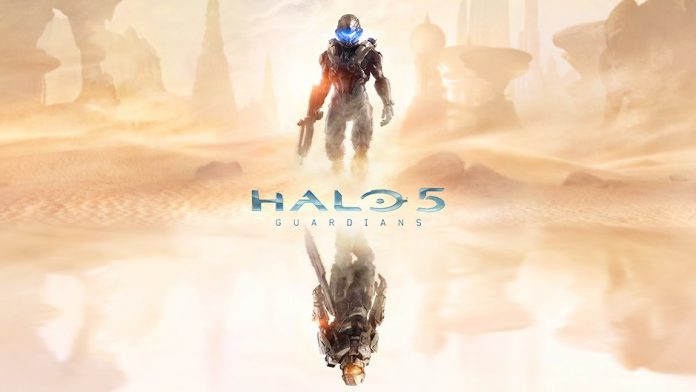 343 Industries has detailed the vast information it has gathered from the Halo 5: Guardians beta, and changes it has made through community feedback.

The beta launched late last year, almost a year before the game is due to launch, and the earliest beta for a Halo game to date. Over the three weeks it was active, 1 million people played almost 20 million games.

In a post on Halo Waypoint, 343 executive producer Josh Holmes explained that the ‘working’ beta was a ‘nervous’ experience, but felt that it paid off.

“Halo 5: Guardians represents one of the most substantial evolutions of core combat in franchise history. We felt it was crucial to get it in the hands of fans early to ensure we have enough development time to react to key learnings and deliver the best possible game when we release later this year.” He said.

To coincide with the beta’s launch, 343 launched the Halo Community Feedback Program (HCFP) to gather relevant information regarding the beta.

“The team has spent the past few weeks poring over player feedback from the aforementioned sources. From this we have developed an extensive list of improvements for the game.” Holmes said, “The majority of changes address issues that surfaced during the beta and relate to feedback coming directly from the community.”

One feature being changed is the ‘sprint’ Spartan ability. Folling a survey, 343 will be including an option to turn off the ‘sprint’ function in custom games to give players a more ‘traditional’ style of Halo gameplay. There is also an increase in base speed and strafe acceleration, as well as a reduction in top sprint speed, a modification to the controls for a ground pound along with a number of other general fixes and tuning. 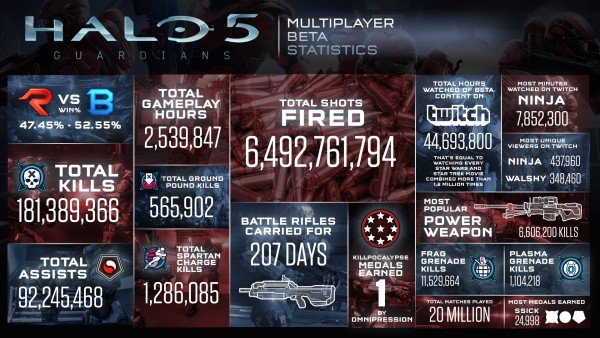 343 noted that it will be buffing new ‘power weapon’ the Hydra to make it more effective out of zoom. It is also improving scope experience for the sniper, adjusting the position of the DMR’s scope and reducing bonuses for automatic weapons in Smart-Link & w/ headshots.

Also being tweaked is reintroducing the SPNKr Rocket Launcher as a legendary version of the weapon, removing grenade detonation in mid-air based on weapon fire and the ability to turn on and off the vibration feedback for weapons.

In terms of the games presentation, 343 will be toning down the ‘bro culture’ of the intro and victory scenes, so there will be fewer chest-bumping and high-fives. Also being modified are post-death replays, which will become an opt-in feature. After death, players will see a traditional follow-cam and have the option to view a replay of their death from the killer’s perspective (as long as the feature is enabled within the playlist). There will be a decrease in the frequency and number of medals displayed in the medal feed. Players will be able to turn Spartan chatter on or off in the settings menu. There will be an addition of highlights to placed/dropped weapons to make them easier to see.

In skill ratings, 343 will be improving skill detection during placement phase, as well as improved skill matching and team balancing. It will also try and prevent skill boosting along with general fixes and tuning.

343 are focusing on a number of areas to improve matchmaking, including finding matches faster, improved skill matchmaking, better feedback to players in the lobby and matchmaking experiences, allowing players to set desired datacenter for matchmaking (may impact matchmaking speed and skill balance). It will also focus on improving, party vs party matchmaking, hiding CSR ranks until in match to de-incentivize quitting and punishing quitters with CSR penalties and matchmaking bans.

These are just some of the changes being implemented on account of the beta, what are your thoughts on them?