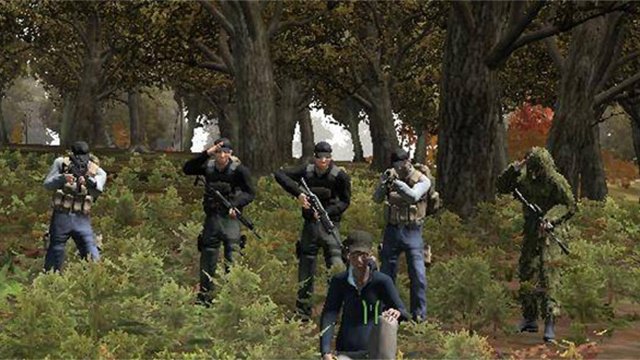 No story line, no quests, just a huge open world and a single goal: to survive. This simple concept is proving to be a big hit in gaming today, with two titles dominating the niche for all the right reasons. DayZ Standalone and Rust are two very similar games in concept, but each with enough personality to be considered more than a clone of the other. But if you were to choose, which game would you consider the best? DayZ or Rust?

Of course, deciding which is better – DayZ or Rust – is mostly a matter of personal preference and circumstances. If your friends are playing DayZ, then it will surely be more fun to play it too since survival itself is more fun and a lot easier when you’re part of a group. But if all these “external” factors were even, which game would be better?

DayZ has the advantage of being the older brother and probably the title that most players are already very familiar with, and this matters a lot because anything new might seem awkward, so from start Rust has a slight disadvantage. But the mechanics are what make us choose the winner and the result might surprise some.

DayZ is a zombie-filled game (well, maybe “filled” is not the right word here because there are really no hordes of zombies yet in the game) set in a HUGE game world with tons of regions to visit and loot. The problem is that interactions with the environment are pretty limited, just like the number of items that you can find and use. A tuna fish can will usually be found on the floor instead of inside a cupboard or maybe the fridge (you can’t open those anyway). Clothes will usually be found on the floor near a door instead of the huge wardrobes that the houses are filled with. In other words, right now DayZ kind of lacks a sense regarding the loot but still this shouldn’t be considered a huge disaster. Most single player games tend to let loot in strange places. But for an intense survival simulation, you’d expect a little bit more – both in numbers and options.

Rust, on the other hand, plays a slightly better card here. The interaction with the environment is pretty high and you won’t get bored as easily since you will always have the option to do something: gather some rocks and wood to make weapons, hunt animals for food and cloth and even build your own post-apocalyptic shack. Although you still don’t have a ton of things to craft yet, at least you’ll always be busy and have the option to do something else than running around for hours not seeing a zombie or a fellow survivor. It doesn’t handle loot extremely well either – as killing zombies is usually the best way to get some pretty amazing items, which doesn’t make much sense, but overall it does slightly better than DayZ.

One of the things that makes these games great is the possible interaction between players. For some reason, it seems to me that those playing Rust are a bit more violent and less friendly than the DayZ players. Both games are filled with bandits and people who would shoot first and ask questions later, but I had more success finding friendlies in DayZ than in Rust. And as I said earlier, being a part of a group takes the entire experience to the next level… and DayZ is the game where that’s more likely to happen. Visually, the games are pretty similar, but DayZ again comes out victorious with much better graphics.

However, I would not hurry to pick DayZ as the winner. These games are more about survival and the overall experience than anything else and right now Rust offers more of that with all its crafting and gathering and shelter building. They are also planning to remove zombies from the game altogether to have fewer and fewer similarities to DayZ and that’s a great thing – the more different the games, the better for us.

However, both games are still in early Alpha stages, which means that one year from now things might be completely different. DayZ has a more open approach to the development of the game and a ton of improvements are promised, including more crafting and hunting, which would spice up things a little bit. With Rust, things are pretty vague right now and we don’t know the exact plans for the game. So, as I was saying, one year from now, things might be completely changed and DayZ the clear winner. So maybe it’s just a matter of listening to your gut and play the game that seems best for you.

What do you think? Which of the two games – DayZ or Rust – is better?