Bioshock-style meets survival game in We Happy Few in which the player must survive in a dystopian English city based in the 60’s. Sounds easy enough I hear you say? Well, this particular rendition of a 60’s English City is one in which everyone is flat out on drugs and if you are caught not popping pills yourself, it’s permadeath game mechanic will send you right back to the start of the mayhem and randomly generate another path for you to take. The early-access version of We Happy Few has been released for Xbox One and PC, allowing players to test this disturbing game and then allow developer, Complusion Games to tamper with any faults that are subsequently found.

We Happy Few was shown at E3 earlier this year during Xbox’s conference (E3 gameplay demo below). The game is set in the 1960’s as mentioned prior in a city called Wellington Wells. In this peculiar city citizens are taking pills known as “Joy” regularly, a hallucinogenic drug which is intended to allow those who take it to function and forget the city’s collapse that has actually occurred around them. The player must continue to take “Joy”regularly throughout the game finding it in certain food items if not taking the pill itself. They must communicate and be friendly with other citizens to maintain the illusion that they are on “Joy”.  If the player is caught not doing so, citizens will turn on them, labelling them a “Downer”. The world will begin to change around them from a charming city into one that’s exceptionally dark and dreary.

In accordance with feedback so far, We Happy Few’s early access form is getting mixed reviews. Whilst some are saying that the game does in fact need a lot of work, some are overly thrilled with this disturbing survival game. Gameasylum claim that:

“General consensus has it that We Happy Few – available now on PC and Xbox One in early access form – has the potential to be something really quite special, but it needs a lot of work in order to achieve that greatness.”.

The only way to find out if this ominous yet painfully charming game is your cup of tea (seeing as it’s set in England we’ll just go the whole hog and mention tea too), then get your hands on this early access version and try it out for yourself ASAP as there is still no word on how long it’ll be available for. 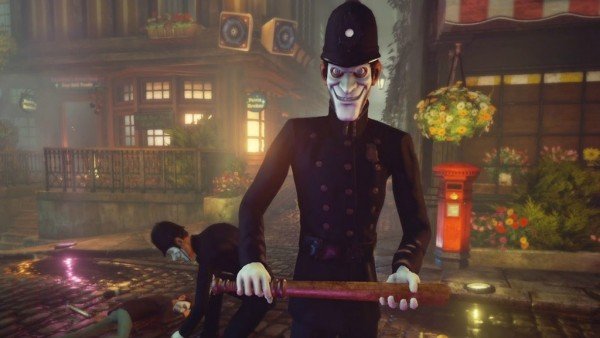