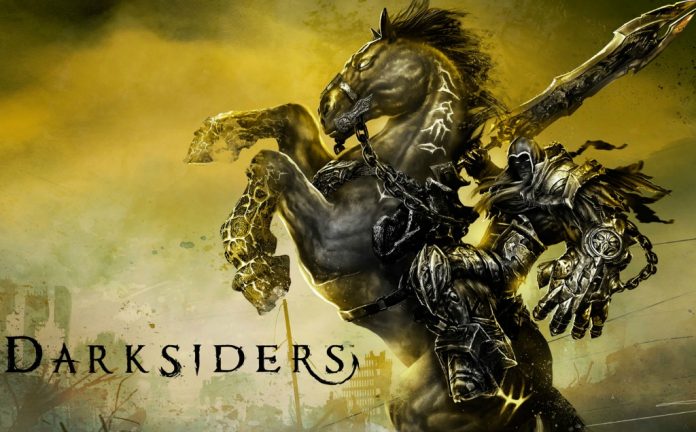 The first Darksiders, popular action role-playing hack and slash game is making a comeback to PlayStation 4, Xbox One and Wii U in accordance with a listing on Nordic Games’ website. The game was originally developed by Vigil Games and published by THQ however, as of 2013 Nordic Games got their hands on the publishing rights to Darksiders. The current-gen edition of Darksiders has been re-titled the Warmastered edition. The original Darksiders game was released in 2010.

According to the listing on Nordic Games’ website, the revamped edition of this hack and slash will feature double the texture resolutions to the original game, 1080p rendering resolution, better shadow rendering quality. It will include various other rendering improvements and will run at 60fps on PlayStation 4, Xbox One and PC and 30fps on the Wii U version of the game.

Darksiders tells the story of the first Horseman of the Apocalypse, War who after being deceived by his enemies, had sent the world to a premature grave. War is subsequently accused of breaking a sacred law by instigating war between the forces of Heaven and Hell. Demonic forces defeated those of Heaven and claimed Earth as their prize. War is stripped of his powers as consequence of his actions but is given the opportunity to return to Earth to unveil the truth and quite rightfully punish all those who deceived him. War must battle through the relentless forces of Hell and form uneasy alliances with his enemies on his journey. War is hunted by a group of Angels seeking vengeance as he scours the earth to find his own.

There is no word of an official release date for Darksiders Warmastered edition as of yet. The information there is, is that according to the same listing on the Nordic Games webiste, the game is intended to be “coming soon!”.