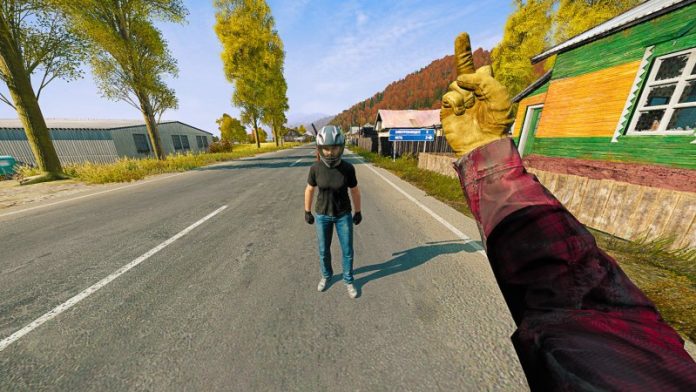 For a game that started its Alpha stage with 88,000 players in under 12 hours and for a game that’s constantly on top of Steam bestselling titles, you would expect DayZ to be THE game to play. I mean, why would millions of people play a crappy game – one that was already successful as a mod? It has to be great, right? Well… not so much!

I’ve decided to wait for the hype go down regarding DayZ and hear the unsatisfied voices, but they never came. So I decided to take some cash out of my real life pockets and get the virtual survival game, ready for a completely new experience compared to the mod DayZ and for some true survival action. The results? Not so impressive.

Since I don’t have any friends playing the game, I have joined a random server. For some reason, I never am able to find a really populated server with a latency lower than 100, so I got into the most popular at that time: 16 players giving it a go at survival. Number of players I met during the 68 minutes I’ve played the game? ZERO. Fun level? ZERO.

It was fun and “WTF” during my first try, though: as soon as I spawned, I saw some houses and headed towards them. Out of nowhere a zombie appeared and started going for my brains. Having nothing on me and realizing that my fate is doomed, I tried to Rocky his face to pieces, but failed. Game over after two or three minutes and time for a fresh start.

I should’ve stopped there and call it a great experience. When I started again, I found myself in a slightly larger area of houses that I considered to be the paradise for any looter. First three houses were empty and I couldn’t even open all the doors: the dressers seemed filled with clothes, but I couldn’t check them out. There were books and stuff near the bed, but I couldn’t interact with them.

Basically, DayZ Standalone is the same sad mod in which you don’t get to do ANYTHING. The fun part of survival: searching for items and finding all sorts of useless crap, as it would be the case in any real life apocalypse situation is completely missing. There are very few and very random items thrown away at random in the game (so I found some canned food in a barn and an axe in a bedroom) and they’re so limited that even a minimalist would cry. For a change, give Project Zomboid a try to feel the difference (it’s not multiplayer and plays in a different perspective, but still does the whole survival thing better)

And what saddened me the most is that there’s not much of a difference between the mod and the standalone game. Everything looks mostly the same, everything is mostly the same and if you are alone – like I was – everything is extremely boring. After my bad luck with the first try that got me killed in just a couple of minutes, second try had me looking and begging for zombies for more than 30 minutes – enough time to get me “awesome” loot after searching through a million and a half empty houses: an axe, some gloves, a jacket, some bandages, a screwdriver to open my canned food and a biker’s helmet that was, just like all biker helmets, in another barn.

I was thirsty for most of the time and the area I visited had just one fountain I could drink water from. This despite the fact that all houses had sinks (which, OK, might not work after a while during the apocalypse). But sinks AND having a fountain outside makes no sense. Just like many other things in DayZ Standalone. But it’s a game, after all!

Well, apparently not, because most of the people I hear praise it for how realistic it is. No, it’s not realistic at all. It’s boring if you are alone, like me. There was no fear that there’s a zombie after a corner, there was no fear that my character might die, I mostly couldn’t even prepare for anything as zombies seemed to appear out of nowhere, ready to taste the metal of my axe in some really crappy melee.

And my 68 minutes of supreme boredom made me understand that DayZ Standalone is not an amazing game, not at all. However, it can be amazing. Not as a game per se, because all the things it’s lacking are making it terrible (I know it’s an alpha, but it still doesn’t look much different than the mod). However, what makes DayZ Standalone amazing is the community. The players, the people who play the game.

I had so much fun in other instances playing on servers with a ton of people, meeting the crazy bandints, meeting the funny scared rabbits who had no equipment and kept running, meeting the bands of survivors that were trying to have fun on their own. That’s what makes DayZ Standalone so fun. Not the zombies, not the “survival” not anything else. The players.

So if you really want to experience anything but a terrible game, make sure that you join a populated server and that you’re not alone. Otherwise boredom will kill you faster than the zombies.