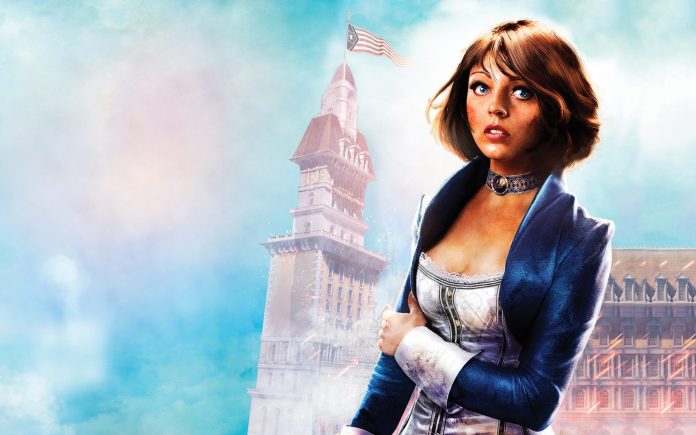 The year of 2013 received many incredible games that will forever remain in the story of video games. Most of 2013’s stars were single player action or RPG games and as known, what mostly define this kind of games are the characters and their roles in the narrative. With so many complex and extraordinary characters presented last year, picking the best of 2013 is not a simple task. To choose the top 10, Unigamesity has considered factors such as popularity, originality, background and complexity.

Saints Row IV features a bizarre storyline but that’s not something completely new. The franchise is known for evoking an exceptional amount of humor and craziness. Now, the protagonist of the fourth game is the president of the USA and unfortunately for him, he has to deal with an alien invasion, literally. Bullets don’t seem that efficient against the aggressors but the protagonist is determined to save all the remaining Saints and humanity from perishing away. How? He’s not really sure. However, escaping his virtual nightmares is the first step towards freedom. It won’t be easy but one thing is for sure, humor and determination has granted The President a clear spot on this top ten.

Profession/Duty: President of the USA

Main Goal: Save Earth and all the Saints from an alien Invasion

In a world where memories can be accessed by anyone, knowing too much can become a real problem. Nilin Cartier-Wells used to be one of the best memory hunters the world has ever met but her powerful skills and extensive knowledge about Memorize quickly changed her former status. After being imprisoned by the authorities, Nilin got her memories wiped. But it didn’t take long until the opposite faction, the Errorists, rescued her with a clear plan to defeat Memorize. If anyone could restore freedom and justice to a world enslaved by technology, then it would be Nilin. The futuristic story of the hunter who became the hunted ranks nine in this list. Sadly, the game didn’t live up to its expectations and only Nilin can be remembered.

The reboot of Tomb Raider introduced a fresh and enthusiastic version of Lara Croft. The British archeologist travels to the Dragon’s Triangle, however her ship is hit by a storm and splits in two. Lara eventually discovers she’s trapped in an island with savage and dangerous people but her expedition continues. As she struggles to survive all the dangers, she’ll still be looking for ancient relics, her companions and of course, a way out of the island. It seems too much for a mere explorer to handle but for Lara Croft even the impossible is accessible. Even though the storyline is not entirely new, the reboot was exceptionally well conceived and Lara deserves no less than the eight place.

In the apocalyptic world of Metro Last Light, Artyom is known as the savior of what remains of humanity. After the devastating effects of the nuclear war, some human beings mutated into horrific creatures, the Dark Ones, a new humanoid species that seek to fight against the human race. The protagonist is skeptical at first but eventually he realizes that the potential treat is indeed real. To save the Metro system Artyom has to travel far away to warn everyone else about the imminent danger. This character is the self-image of a chaotic world plagued by sorrow and misery – as the world itself, Artyom is silent and enigmatic. But even the coldest person has the right to feel something, to perceive the last light.

Main Goal: Restore order through the annihilation the Dark Ones

Edward Kenway is the protagonist of Assassin’s Creed IV Black Flag and with him comes the story of a good guy gone bad. Edward used to be part of the British Royal Navy but the promise of gold and fame made him change his life radically. What does it take to be a pirate? The character goes through a series of lawless events that will create a whole new reality. Kenway doesn’t just become a pirate, he’s able to make a legendary fortune but at great costs – he ends up losing everyone he ever cared for. In the meanwhile, he gets embroiled in the ongoing war between assassins and templars and he’s forced to pick a side. This is an exemplar story of how far people can go to accomplish their deepest desires and a must have spot.

Main Goal: Build a great fortune and reputation as a pirate

Criminality has always been part of Michael’s life but a recompense for his silence made him change his mind, after all he was accepting a deal that would allow him to be spend time with his wife and children. Fate or destiny, trouble seems to follow Michael everywhere and even when he’s willing to stay away from it, there it is, knocking on his door. Grand Theft Auto 5 presents several illustrious stories of criminal characters but Michael’s is the most remarkable. He’s a tiger trying to be a kitty but his origins definitely break through when he finds out about his wife’s affair. Then things get really messy… No one said criminals had it easy! This intriguing badass character ranks five amongst last year’s best characters.

Main Goal: Live the rest of his life retired from criminal activities

Sarah Kerrigan is a famous character from the StarCraft series, her story is a true lesson of how loyalty and courage can be truly unrewarding. In last year’s StarCraft expansion, Heart of the Swarm, Sarah temporarily regains her human form and she has to deal with an infinite number of ethical and moral questions concerning her actions as the queen of the swarm. But that’s not all. The perception of her feelings towards the former Marshall, Jim Raynor, will forever change her inner self, especially after realizing everything Jim has done to get her back home. It’s definitely a transcendental drama story, where two deadly enemies end up joining forces to defeat a common opponent.

Main Goal: Protect and lead the race towards victory and ascension

Jodie Holmes from Beyond Two Souls has never been an ordinary girl. She was born with special powers that allow her to connect with a ghost, later revealed to be the soul of her dead twin brother. The story follows Jodie’s childhood and her struggle to become a normal girl but eventually, she is forced to accept her true self. After being held and studied in a research facility, Jodie becomes a CIA agent, however things don’t go as planned. Due to her transcendental skills, Jodie is seen as a treat and ultimately, she has to choose between going beyond and reunite with the ones she has lost or returning to our world to keep suffering and living. This intriguing character deserves a clearly third place for all its complexity and depth.

Main Goal: Discover the mysteries behind her past and the origins of her skills

After the world drives into chaos, Joel becomes a violent and ruthless man determined to do anything to survive. However, when he meets an orphan young girl named Ellie, his initial escorting mission becomes something more affective. Spending nearly one year with Ellie will change Joel forever, his ice starts melting and she becomes her “baby girl”, expression he used while addressing to her dead daughter, Sarah. When Joel reaches his final destination he discovers that Ellie is a mere research subject, since she’s immune to the deadly fungus. Instead of walking away, Joel retaliates and tries to save Ellie from a sure death. Courage, resolution, hope and trust become the guidance for this character living in a world that has lost its way.

Main Goal: Perform an escort mission in order to retrieve back his belongings

In my opinion, the most spectacular character introduced last year was Elizabeth from BioShock Infinite. Her existence proves that video games are not mere entertainment tools; they can also be cultural objects. Elizabeth has the ability to cross realities and shape time itself and she’s also one of a kind, remaining with one single objective – preventing her savior from becoming Comstock, the wicked man that takes over Columbia and imprisons her. Making things right usually cost high and in this case it ultimately costs Elizabeth’s existence, as she and her alternates drown Booker, he’s never able to accept the baptism to become Comstock and as so, the latest never has the chance to kidnap Anna, who becomes Elizabeth. The narrative is extremely well done and the complexity of this character is so deep that innumerous discussions and opinion articles emerged. Elizabeth is a pure philosophical subject that entails time travel and parallel world theories.