Dragon Age Inquisition will most likely come out before the end of the year but unfortunately, there are still many things to be unveiled, including the full companion list and the romance options. So far, BioWare has announced Varric and Cassandra’s return and unveiled a new female companion, Vivienne. Will they be potential romance options or will they be part of the friendship-only group? It’s a tough question but it can be easily predicted based on previous tendencies. In the last two games, parties always had eight members and four romance options, which most likely mean Inquisition will follow this trend. 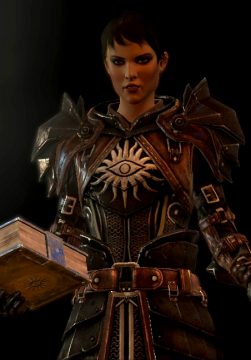 Cassandra: Ways of the Chantry

Cassandra is a woman of mighty power – she’s the right hand of the divine, thus a devoted member of the chantry. During Dragon Age II her main goal is to find the Champion and the Warden in order to prevent the upcoming war between mages, templars and civilians. In Inquisition, saving what’s left of Thedas becomes a priority, but Cassandra won’t be alone, she’ll rely on the Inquisitor and other companions. Her future relationship with the third hero is still unknown but I think it will most likely be based on friendship, even if there’s a slight chance of something deeper. She’s a very high member of the Chantry and love is basically forbidden so, I doubt she’ll be a love option. But on the hand, she could perfectly be a second Sebastian Vael – nothing is impossible in the world of Dragon Age. 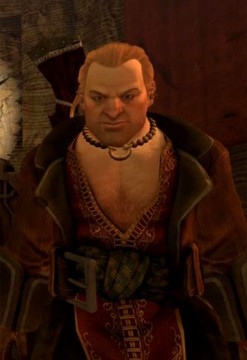 Varric: Bianca is My Only Love

The hilarious dwarf Varric is well known from Dragon Age II and surprisingly, he’ll come back as a companion again. He has always stated that Bianca, his crossbow, is his eternal love and he was part of the non-romance group before so I doubt that will change. First because dwarves have never been romance options in the series, Oghren and Varric were just friends to the previous heroes and unless Varric has deeply changed his mind, he surely won’t be switching to the romance group now. I think he’ll be once again, the leading non-playable character, a link between generations and heroes. Romance seems too farfetched for this character. I doubt it will happen, he will not betray Bianca, not even if it’s the Inquisitor. 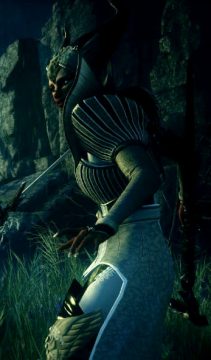 Nothing much is known about Vivienne, except she’s a human mage from the Circle who will be part of the Inquisitor’s party. She believes that all ends justifies the means and she’s also known as the Iron Lady in Orlais, it’s a clear sign that Vivienne has a strong personality and she’ll most likely do anything to protect her own and defeat every single templar out there. I think she’ll be the equivalent of Morrigan in Origins or Anders in Dragon Age II. So, it’s more than natural that she’ll be one of the four love interests in Inquisition. There’s always the mage fanatic and the templar lover in every game and tendencies usually go on. Curiously, they’re always love options.