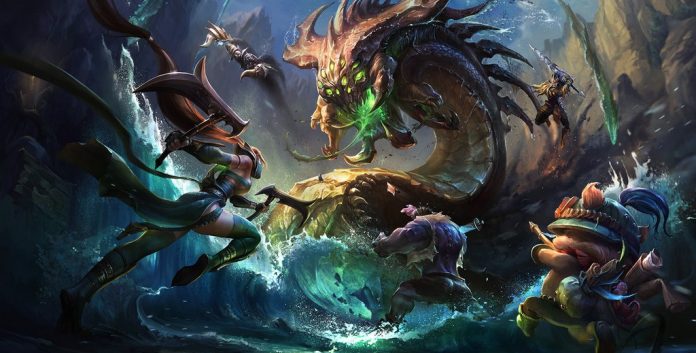 In League of Legends each Season determinates the power level of all champions. Riot Games performs regular updates and bug fixes to secure the most balanced gameplay possible. This means that champions’ supremacy in the battlefields of justice is unstable overtime, their ascendance can occur as quickly as their breakdown. Do you remember when pros used to pick Miss Fortune all the time during Season 3? Well, things have changed. Now, in Season 4 Jinx and Lucian are the most preferred AD carries all over the world. However, some characters are not as fortunate and they’ve rarely picked due to their lack of hegemony. Find out about which champions are the weakest this season.

Heimerdinger has been invented and reinvented countless times and even though, he’s probably at his best shape ever, it’s still not enough. The champion is quite strong now but he lacks competitive skills. First of all, his main weapons, the turrets, can be easily destroyed and secondly, he has simply no escapes. It’s a very casual champion and that’s probably why it’s rarely picked in ranked matches.

The mighty keeper of time seems to be frozen in a distant era where things were different. Zilean’s support abilities can be devastating in Season 4, however it’s not prompt to work every time. Zilean can be easily countered and his AP based build is only useful against squishy supports. I would say he’s a very circumstantial pick and in most cases, there are better choices or at least choices with a higher probability of success.

Season 4 is definitely not a good one for pirates. Gangplank used to be an excellent top laner with amazing sustainability and outstanding damage. He’s still a fairly decent one but happens that there are way better champions for top nowadays. For example, a tank with armor will easily counter Gangplank’s abilities. Once again, this is a character with no escapes, only a crowd control skill and a small slow.

Not long ago, Miss Fortune used to be ruling the battlefields of justice (during Season 3). With the arrival of new AD carries, she became quite insignificant. But it’s not that she’s weak now, she’s simply not as good as other escape carries with stuns. Sarah’s only disable is a small slow. She has zero escapes and her ultimate can be easily avoided. Definitely, one of the weakest AD carries to use now a days.

Quinn and Valor were highly anticipated before they were released in game, however the hype was merely that, just a hype. Quinn is not exactly weak, she can be quite strong under certain circumstances but generally, she’s behind most AD carries in Season 4. Even though she has free visibility and a harsh slow, she lacks a proper ultimate – Quinn’s Tag Team is extremely useless in competitive matches, movement speed in a bird’s form is not exactly what she needs in a team fight.

The bright days of Galio are long gone, he used to be a great anti-mage champion with a deadly ultimate but now there are barely any signs of his existence. Why? Well, his damage skills are far from being exceptional, his ultimate is extremely risky for himself and his other abilities are mainly supportive. Standing between a mage and a support champion, Galio doesn’t excel at any role in particular and that’s why players choose not to play him.

What has happened to the grim reaper of League of Legends? He used to be feared by everyone, now he’s wanted by every enemy, he’s really squishy and his damage input has been nerfed to the ground. So, basically having a Karthus in your teams means you’re going to have a troublesome middle lane. His skills are not as strong as they used to be, his ultimate takes ages to cast and well, he’s a mage without escapes. Rather than assassinating, he normally gets annihilated trying to cast his “deathsinger” skills.

Demacia’s most notorious duelist is well known for her insane capacity to injure others. But despite being brutal at close combat, Fiora’s sustainability is weak which turns her laning phase into a tough challenge. Escaping is not her strong either and catching enemies is not as easy as it seems – without disables, Fiora must rely on her own speed to damage opponents. With so many cons, no wonder Fiora is rarely picked, after all there are countless better champions to actively do her duty.

Xerath is a powerful arcane mage but his abilities don’t seem to persuade summoners. His lack of immediate damage skills and his inability to escape engages are the two main reasons of why players choose to play other AP characters. Presently, I would call Xerath a casual champion, he’s totally fine in Dominion and other maps but when it comes to strong competition he’s still way behind to be considered.

The most underpowered champion right now is definitely Urgot. Even though I still remember his glory days around two years ago, now he’s as weak as a fly. Honestly, I can’t remember when it was the last time I’ve seen an Urgot in game. His damage input has been harshly decreased and as if that wasn’t enough, his only “escape” is a swap position ability. Urgot has become a really hard to play champion, even in casual maps, because he’s supposed to be a carry, however he’s not truly capable of carrying anything.