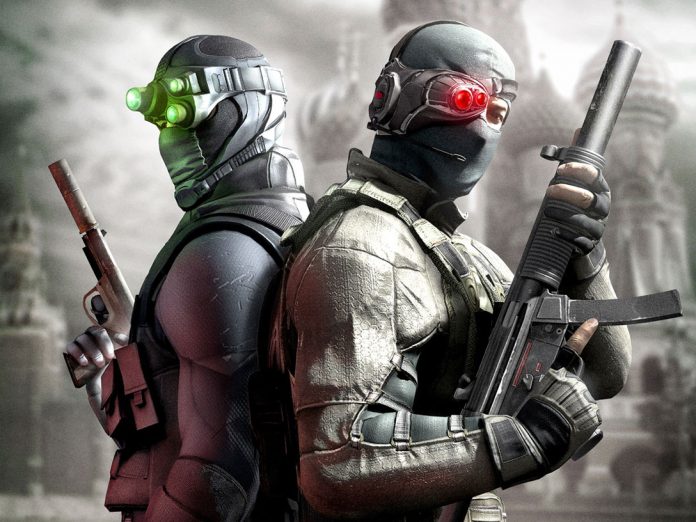 As you may have noticed, Steam is running a sale on the bulk of the Splinter Cell franchise this weekend. As with all high-profile Steam sales, it has fans everywhere counting their pennies, and contemplating purchasing another digital stack of games they will likely never get around to.

This time, though, instead of diving into the sale with your credit card held high above your head, why not take a more subtle and knowledgeable approach that Splinter Cell lead Sam Fisher would approve of?

To help aid you in your quest to determine which Splinter Cell games are worth your time and money, I went ahead and scooped up the rest of the series that I didn’t already own in order to see how well these games have held up, and determine which you should grab this weekend.

The original Splinter Cell was a pretty big deal when it was released for the Xbox. To this day it remains one of the milestone games for that system, and the stealth genre as well.

I just wished it had aged better.

The graphics definitely fall in that “I can see how these would have been impressive at the time” area, but the real deal breaker here is surprisingly the gameplay. It’s solid, but there’s a lot of little refinements the series would introduce later that are painfully missing here. As such, actually playing the game is an often clunky experience that becomes aggravating during some of the more intense stealth missions.

Splinter Cell is still a fun enough game that may hold increased value for anyone that is particularly nostalgic for it, but looking at the game through 2014 eyes makes it a hard sell.

With Pandora Tomorrow sadly missing from this sale, the next chronological entry into the series is the much beloved Chaos Theory.

My initial worries this game would be tarnished by the years turned out to be completely unfounded. Chaos Theory’s gameplay remains arguably the best example of the pure Splinter Cell experience, but what really makes this game stand out all these years later is the level design. The missions available here are all among the series best, and give Chaos Theory a timeless quality that will likely keep it worthwhile for years to come.

It’s a shame the multiplayer community is essentially non-existent, but the singleplayer alone makes this a must have.

Ubisoft tried to take the series in an edgier direction with Double Agent, and ended up with some very mixed results.

The campaign features several sections that take Sam Fisher far away from his stealthy roots. From a story perspective they are very interesting, but the gameplay suffers from their inclusion. It puts the entire thing in a permanent limbo that makes it not quite a stealth game, and not quite an action game. As a result, you end up with several different gameplay ideas that feel half baked, and simply aren’t very enjoyable.

I applaud Double Agent for having the guts to shake things up, but the execution of that idea didn’t quite work at the time, and hasn’t gotten better with age.

Conviction’s action heavy approach may make it feel like a gaming adaptation of the film Taken, but its commitment to that idea makes it a much more enjoyable experience than Double Agent was. It fully embraces the notion of creating a revenge thriller in the Splinter Cell universe, and does a pretty good job of it as a result.

Conviction is about as far away from the classic Splinter Cell gameplay as you can get, but it’s a damn good time for what it is. At this price, you’d do well to give it a shot.

I would have likely never played Blacklist if it weren’t for the fact it was included with my new graphics card, but I’m very glad I did.

It was billed as a return to Splinter Cell’s roots, and made good on that promise. While some deviations from the classic formula are present here and there, overall what you get is a Splinter Cell title that actually does bring the franchise as we know and love it into the next generation .

Obviously this is the most expensive of the Splinter Cell games on sale, but considering both the quality of the game itself and its still very active online community, anyone who doesn’t own Blacklist and considers themselves a fan of these games would do well to pick it up.

So that’s three buys, and two passes for the Splinter Cell franchise. If you’re trying to avoid spending too much, I’d recommend Chaos Theory above all. If you’re working with a $20 budget, go with Blacklist by itself.

Of course if you have the dispensable means, I’d recommend picking up as much of this classic series as you can.