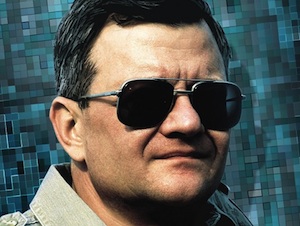 A great individual with a lusciously creative mind. Tom Clancy, author of the CIA Agent Jack Ryan series and known for his work on Ghost Recon and Splinter Cell, has passed away late last night aged 66. The author was originally born in Baltimore, Maryland and co-founded Red Storm Entertainment.

His Jack Ryan book series has been consistently adapted to Hollywood films. The Hunt for Red October, Patriot Games, The Sum of all Fears, and Clear and Present Danger have all been turned into movies variously starring Alec Baldwin, Ben Affleck, and Harrison Ford as Jack Ryan.

His name can be seen plastered on several different game covers, and the majority of gamers have probably played at least one game Mr. Clancy has been involved with. Ubisoft have been closely synonymous with Tom Clancy and his work. As mentioned before games such as Splinter Cell, Ghost Recon, H.A.W.X, Rain Bow Six, and more recently The Division have all been based off of, or originally created by Tom Clancy and have been all published by Ubisoft.

His last novel was Command Authority, released on December 2013. Our thoughts and prayers go to his loved ones.