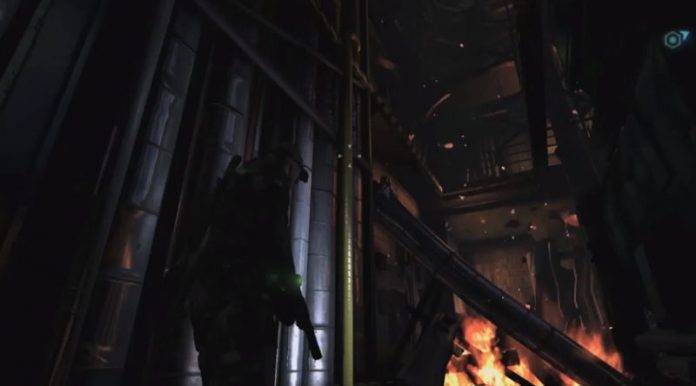 Speaking with Nvidia at E3, Andy Wilson, the producer of the upcoming Splinter Cell: Blacklist mentioned some of the graphical improvements that the PC version of the game will recieve.

In the interview, Wilson stated that Splinter Cell: Blacklist will be able to run in both Direct X 9 and the more advanced Direct X 11. Current generation consoles are unable to produce graphics up to par with Direct X 11.

Using the power of the PC, the developers have enabled horizon based ambient occlusion, creating more realistic feeling light. The team has also implemented TXAA, which is a beefed up version of anti-aliasing, a process which prevents edges from being jagged and pixelated. In addition, they’ve put some work into increasing the visual quality of shadows. Wilson feels that these changes are key for Blacklist, as they create natural looking lights and shadows. Given that shadows in particular play a large part in the stealth of Splinter Cell titles, it’s important they seem as realistic as possible.

Wilson also noted that the developers are currently working on parallax mapping, which is intended to give the environments that players explore a feeling of greater depth. By utilising Direct X 11, the team also hopes to include advanced tesselation, which will make objects seem more detailed.