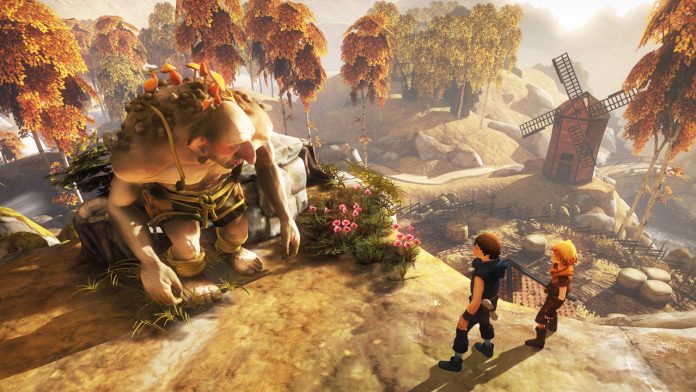 Let’s be honest with each other: violence in video-games is pretty awesome right? Of course not all games need to be violent in order to be good. Take for example Gone Home or Brothers: Tale of two sons. These are two rare games that were loved last year and yet they don’t contain any explosions, gunfire, or homicidal slaughter of any kind.

However, with GTA 5 breaking seven world records including the fastest video game to gross $1 billion, it’s clear that we enjoy our virtual homicidal tendencies. Aside from the fun factor have you stopped and asked yourself why it’s so appealing? Most of the research into video games has been focused on the possible negative effects of playing, while avoiding the question of what drives us to enjoy this hobby. The University of Essex have attempted to give an explanation in the past about this very question. They concluded that people enjoy trying on different characteristics that they think would be their ideal self. It’s the ability to take on a new identity and perform from under this perspective that seems so appealing. It doesn’t stop on characteristics, but carries over onto how we customize the looks of our avatar. We may want to shape ourselves to be taller, shorter or maybe have the ability to rock a fedora. It’s up to the individual at hand. Studies from Palo Alto Research Centre indicates that people with self-esteem issues will go on to give wanted traits  to their avatar such as; being more extroverted or dependable…

What about those who believe playing video game will turn your wide-eyed child into the next Ted Bundy? There’s a study for that too. Stetson University found games like ‘Mortal Kombat,’ ‘Call of Duty’ or the feared prostitute killing simulator ‘Grand Theft Auto’ had a very slight calming effect on teenagers with attention deficit symptoms and even reduced their violent behaviour. The researchers themselves found no connection between playing violent games and increased criminal behaviour in children with the mentioned ADD symptoms.

GTA may get plenty of heat by the media, but at least they have their priorities in check. Running over pedestrians is totally fine however, try ramming a vehicle into a tree and the game grinds to a halt. Who would have guessed the series would be so eco-friendly?

Lastly, I would like to mention the interesting theory of “self-determination” by Scott Rigby and Richard Ryan. The theory explains that people are motivated to engage in gameplay to encompass three psychological needs:

The theory goes into deep detail about each need, what that entails and then applies it to FPS (First Person Shooters). For example, competence is fulfilled by immediate positive feedback by the player’s actions – watching the enemies head explode from a great headshot or staggering an opponent during a match. Autonomy is the stage where the player has the power to choose from many different options. These could include perks, loadouts, abilities, classes and so many more. To finish relatedness is arguably the most prominent factor here in terms of online gameplay. This stage is where the player feels successful and effective in the team by beating the opposite competition. These factors aren’t special to just to the FPS genre, but across all good game design.

Personally I think this theory could even be applied to non-violent games. I believe violence is never needed to make a good piece of entertainment. Sure sometimes it’s used for its setting or storytelling (Last of Us for example), but recently some games that do contain high amounts of gore wasn’t required for that particular visuals or story. Those three factors could be hit upon without a single drop of blood or eyes popping out of people’s skulls. Unfortunately it often does become apparent that many games will copy what worked in the past and only try to do well by itself with even more gore. I would go deeper into my thoughts, and yet maybe I will another day.

Do you think there’s a deeper meaning behind why we enjoy video games? Do you even care? Yes? No? Or simply do you just wish you could jump on some mushrooms and helpless turtles without being asked such annoying questions? Let me know in the comment box below.