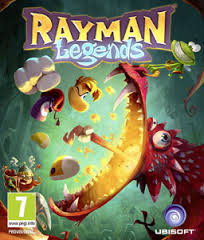 Both Splinter Cell: Blacklist and Rayman Legends have failed to hit their sales predictions, publisher Ubisoft have admitted.

CVG reports that Ubisoft noted the games failure to meet their sales targets in a conference call to their investors last night, and because of this their predicted outlook for this year has gone down.

The publisher had initially predicted an income figure of $1.94 billion by the end of the 2013 fiscal year. They have now amended this and now expect a much lower income of $1.38 billion.

Ubisoft felt that the reason behind the target being missed was due to the forthcoming release of the next generation of consoles, with the company feeling fewer people would be investing in new current gen games.

One of the other reasons they felt was behind this drop was down to the delays to some of the company’s major titles into next year, notably their open-world game Watch Dogs and forthcoming racer The Crew, with Watch Dogs pre-orders supposedly higher than the Ubisoft had expected.

Ubisoft announced yesterday that Watch Dogs is now expected to hit in Spring 2014, whilst The Crew is expected sometime in Q3 next year.

Rayman Legends was released in August, and was able to outsell its’ 2011 predecessor Rayman Origins by about 20% in first week sales. Like its predecessor, it was also able to maintain a very positive critical reception, with the game getting an average of 90 on Metacritic. It seems as though this was not enough.

“As we have said we have experienced lower sales than we anticipated when we gave our targets,” Ubisoft CFO Alain Martinez said, and pointed out “Already released games such as Splinter Cell, Rayman and others.” in this bracket.

It is a shame to see good games not meet sales expectations, but how much do you agree with Ubisoft that people are less willing to buy new current gen games? Or do you think there is another reason behind this?