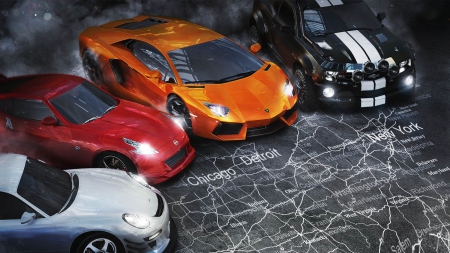 Ubisoft has revealed, during it’s investor conference call, how many copies of Watch Dogs and The Crew the company wants to sell. During the conference call, which also revealed that both games were delayed to Spring 2014, the company spoke at length about it’s lofty expectations for both of these new IPs.

For the highly anticipated, hacker-centric open-world game Watch Dogs Ubisoft is predicting sales of 6.2 million units.While this may seem a bit too ambitious, the game does have strong pre-order numbers that may suggest this sales number to be a realistic goal.

The Crew on the other hand has more modest expectations of 2.5 million units. This much lower number compared to Watch Dogs is due to The Crew’s limited mass appeal. Ubisoft stated the title will have “a more limited potential” due to the fact that it’s a racing game and will only be released on PS4, Xbox One, and PC; meanwhile Watch Dogs will be releasing on almost every major platform.