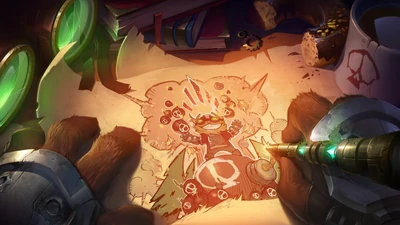 If you’re a fan of League of Legends, then you probably heard about the comeback of one of its most well-loved game mode, the Ultra Rapid Fire or URF mode. It’s still a limited featured game initially introduced in 2014 as part of the game’s April Fool’s Event. Due to its crazy and thrilling gameplay, the mode instantly caught everyone’s attention. That’s why we looked for different tier lists to help us in our gameplay. We found many URF tier lists on the internet, but ProClockers’ site struck us the most. They’re widely known as a hardware review site, but aside from that, they also regularly review different popular games to help out newbies. Their URF Tier List has been recently updated with the best and worst champions you can choose while playing the mode. This is a great help, especially if you want to surprise your opponents with your impenetrable strategy and ultimately win the game.

When it was introduced as a limited game mode in 2014, many failed to play this mode to their heart’s content. That’s why there can’t be a more perfect time to try this one out other than now! But before that, jumping cold into this game mode might not be the best idea. Remember that as much as you’re overpowered with almost unlimited mana and deadly skills, so as your opponents.

URF features a handful of powerful champions that you can choose from, but not all of them are at the same level regarding their Kill-Death-Assist ratio, win and lose rates, and overall grit. This is when we found out through Proclockers  that Zed is the best pick among the outstanding champions in this game mode. He is under the assassin class, and most of his skills center on sneaking and striking when your opponents are entirely unaware. Just like his particular skill called Living Shadow, which allows him to jump from one shadow to another, making him virtually untraceable by the opponents.

Of course, if Zed is the best pick, there are also champions that you may not want to choose at the get-go. One of these is Sion, a proud Tank that most players use in the Top Lane. Don’t get us wrong, Sion is not a weak champion! However, winning your matches using him demands a great sense of teamwork because most of his skills lean on his dependence on the team. But of course, being a true URF master is about utilizing your champion’s skills to your advantage and going around their weaknesses.

URF’s main selling point is the use of seemingly overpowered champions due to the faster cooldowns, but this is a double-edged sword. When it was first released in 2014, many players aired their frustrations because many champions are more broken than others, pushing the players to use the same characters repeatedly. Understandable as this gives them an easy win every time!

This is the problem that Riot Games have tried to address in this new version of URF as they introduced ARURF or All Random Ultra Rapid Fire. Under this, all players are assigned with a random champion, which minimizes the tendency of players to pick the same OP champions repeatedly. However, many players still are not satisfied with the recent update because there are still champions that are too broken that you won’t even stand a chance. So, even if you just wanted to have some fun playing this mode, there’s a great possibility that you’ll get crushed by an opponent in a snap.

In the end, URF remains to be one of the most exciting game modes in League of Legends. It promises a more intense gaming experience that needs a greater sense of strategy and teamwork, with a dash of craziness and rage from players!