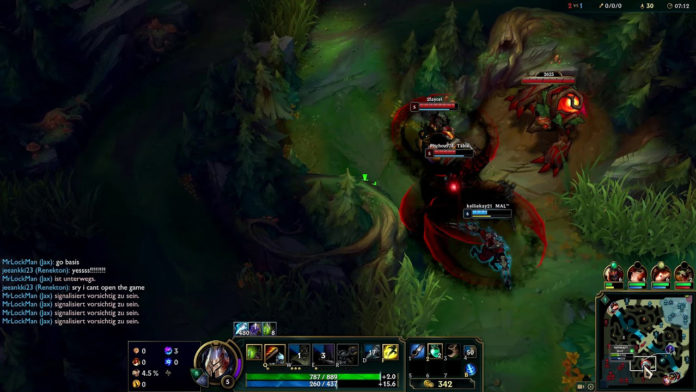 Despite the best efforts of games like Fortnite and Overwatch, LoL continues to be a titan of the gaming industry. What makes it stand out from the rest? Why has it prospered while games like Heroes of Newerth have died off?

There’s actually a multitude of reasons, but stick with us, because we’re about to take a look at the biggest.

It’s no secret that League of Legends was one of the first games to popularise the free to play model.  Before LoL came along, you either had to fork over 50 dollars up front, or pay a $9.99 subscription fee every month.

With that being said, most League of Legends players will tell you that they’ve spent more money than they want to admit.

Most people love buying things they don’t really need, and skins are no exception – sure, LoL might be free, but Dunkmaster Darius is just sooo tempting. Maybe a couple of ward skins too, and a handful of emotes…you can see how this might get out of hand.

Ranked play is often comparable to an abusive relationship. Despite the often-toxic environment, players always go back for more.

Why you might ask? Because they feel like they’re achieving something, and because they don’t want to be at the bottom of their friendship groups social hierarchy.

Everyone wants to be the best, and many hardcore LoL nerds see being Diamond as quite prestigious. When your three closest friends spend hours, a day playing League of Legends, then being a high division makes them look competent. Competency is universally attractive; And because of that, being competent is something we all attempt to appear, consciously or subconsciously.

Additionally, the division system is designed to make you play one more game. Especially now that there are only 4 tiers and 2 new divisioons – having milestones occur more regularly helps keep people attached. There are other reasons why League of Legends is so competitive though.

You’ve played 3 games today and are 1 game from Gold, what difference will one more game make?

You might be tired, but you play anyway. You lose, and then you play another game to make up for the one you lost. This is a slippery slope that leads to Silver, but it keeps you hooked.

No matter what Riot do, they’re going to get flack from someone; this doesn’t deter them though.

The game is continually evolving – we’ve seen insane things happen in the meta over the past few years.

APC’s became ADC’s, with Ziggs tearing down towers. We’ve had the likes of Zyra and Brand dominating bot lane as Supports, and we’ve even had ADC’s in the Jungle! (Thank God the days of Graves Jungle are behind us.)

We’ve also been spoiled with a host of new Champions joining the LoL roster, and plenty of skins to boot! Unfortunately, many skins have become unavailable since LoL began – for instance, if you were hoping to pick up PAX Sivir or Human Ryze, then you’re out of luck – well, unless you purchase an account with one of those much sought after skins already on it.

Check out Unrankedsmurfs wide selection of high-end accounts if you want to stand out from the crowd!