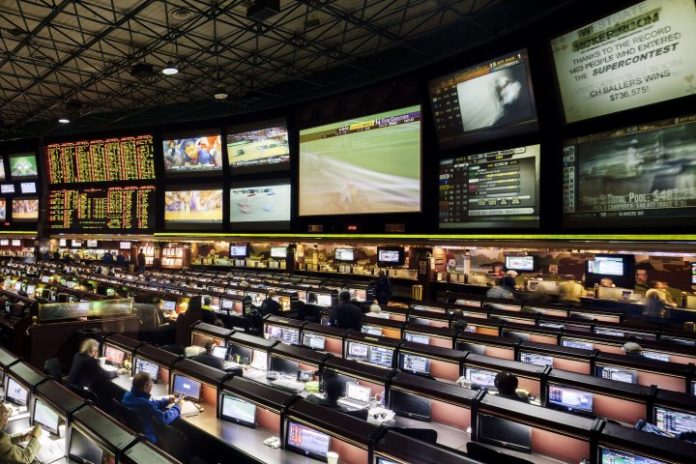 Since the opening of the market in 2011, sports betting has experienced a steady upswing in the number of customers, sums played and chances of winning. The betting providers have also pushed ahead with innovations and are constantly working on their products, services and security. This also includes the tax levied on winnings. How sports bets are taxed varies from provider to provider. A distinction is made as to whether the bookmaker bears the betting tax or whether it must be borne by the players. Both usually work automatically. In order to explain the subject of sports betting and tax regulations and to eliminate half-truths of illegality, the following article provides more information on the subject.

The free market with gambling

Sports betting in Germany is regulated by the Gaming Act. Although there are some differences between gambling, such as poker or roulette, and sports betting, such as the fact that you can prepare and inform yourself specifically for sports betting, this is not the subject of the article. Sport bets exist in principle since the beginning. Already the ancient Greeks enjoyed betting on the first Olympic Games and even they were by far not the first. With the Internet came the possibility to place sports bets online. The problem, however, was that the providers often did not have a gambling licence, the platforms were not secure, the offer was occasionally falsified by fraudsters and the profits were not for the German treasury. In short, sports betting on the Internet was not legal in Germany. In 2011 there was a partial opening of the market. Foreign betting providers were then finally allowed to present their offer openly in Germany, so German players no longer had to worry that they would fall victim to fraud or break the law. The market was opened up and the German state lost the long-protected gambling monopoly, creating an open and free market on which numerous providers now compete for customers.

The introduction of the betting tax

After the state’s monopoly on gambling was transferred to many companies, enormous sums were of course lacking in the state treasury. That’s why the betting tax came into play in 2012. It was set at five percent. The five percent is treated differently by every bookmaker. Some bookmakers put the five per cent on the amount bet, others on the profit. How a provider regulates the tax can normally be read directly on the homepage. After the customers are allowed to create a user account with several providers, the stakes and profits are taxed differently. For example, in the case of a bookmaker with a stake of 100 euros, five percent, i.e. five euros, will be deducted directly; in the case of another company, only the profit, for example 150 euros, will be charged with five percent taxes, i.e. 7.50 euros.

Are winnings from sports bets a kind of income?

The amounts of 100 Euro and 150 Euro mentioned in the example are large amounts with which very few customers play. The average bet is between three and ten euros per bet. Nevertheless, smart players are able to make big winnings even with small amounts, good odds, safe bets as well as numerous bets. But do the winnings from sports bets count as a kind of income? Just a few years ago, sports betting winnings were tax-free in Germany and Austria. According to the Income Tax Act, sports betting is not one of the seven types of income from agriculture and forestry, business operations, self-employment, employment, capital assets, rental and leasing and other income. There are two reasons why sports betting is not a legal income. On the one hand, numerous professional players would stream into the market and neglect the real creating work on the left and, this is probably the main reason, otherwise the players can offset income against losses. That would be a loss-making business for the state. Therefore, the betting tax was created in the form of a special type of tax, as a special tax.

The betting tax is therefore a new achievement of the German tax authorities and the betting providers can decide for themselves how they settle the five percent. Either on the gross bet or on the gross profit. Already in the first year of the betting tax, i.e. from 2012 to 2013, when the market was still new, more than 165 million euros were collected. At that time it was still common for betting providers to take over the five percent, so the winnings belonged to the players at one hundred percent. But with the increasing number of customers, the amount was so large that even the market leaders could no longer afford it. Since then, the number of providers taking over the tax has been falling year by year. But this is not immediately unfair, because there are the following to observe. The bookmakers, who do not pay the betting tax and deduct the five percent from the profit, often have the higher odds on their side. The odds are different for all bookmakers. Therefore, professional players have several accounts. This makes it possible to win more on a betting option, for example the winner of the game FC Bayern Munich against Hamburger SV, than on another bookmaker. The providers who pay the betting tax have on average lower odds. The low odds can be justified by the enormous amount of tax. The bookmakers have several million players in Germany, which raises millions in taxes. Thus one decides for either no tax and lower odds or a tax levy and better odds.

There are some important criteria to consider when selecting a bookmaker. These are for example the valid licenses, certificates as well as positive evaluations of a provider. The betting tax is also a decisive point, especially if you are looking for a provider who does not charge betting tax. A list of all licensed bookmakers can be found here. Furthermore, the platform provides extensive information on the providers, their offers, services, quotas and taxes. Thus the bookmakers can be evaluated completely easily. A practical thing on the Internet side is a search function, with which individual criteria, like for example the tax account, can be registered, whereby the offer list of the bookmakers is again sorted. The moreover one can select two or more offerers and compare them on the platform and let. If the decision still should not fall, one can provide as already mentioned also several accounts with different offerers. In any case they are free of charge and it has the advantage to be able to access the better odds.