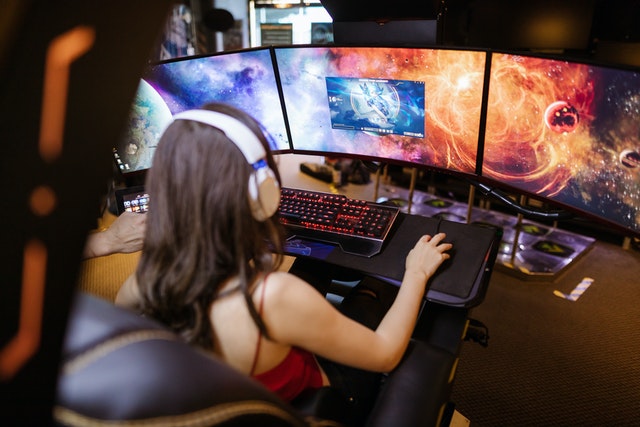 Modern eSports is rapidly evolving and becoming a new global trend. The total number of fans, enthusiastic about eSports games has passed the half-billion mark. At the same time, about 1/5 of this number belong to fans of the game League of Legends – the world-famous representative of the MOBA genre. League of Legends tournaments has become the most popular and massive competitions in the history of eSports. We will tell you more about the peculiarities of these events.

Updates to League of Legends in 2022

With the start of the new season, there will be an expansion of self-expression, namely:

Tests will allow you to track achievements that are not tied to specific champions (Like the failed Eternal system).

The rank of each challenge will gradually increase. They can be shown in the lobby, three test icons, and the details will be displayed in the profile.

There will be a total of 5 categories of trials. There will also be archival trials available in certain periods or for historical moments of the League, some trials track in a particular season that will show that you are a Veteran playing from the beta. Progress in all trials will saturate the crystal gradually improving it.

League of Legends tournaments allows teams to earn good money. For example, the prize pool at the last World Championships of video games was $2,250,000. Compared with the main tournament in Dota 2, where more than $30 million are drawn, this figure seems rather modest. However, according to many experts, the amount of 2 million for a prestigious tournament is more than enough. In addition, teams compete several times a year in tournaments that are part of regional leagues. For example, tournaments of the League of Legends European Championship series collect a prize pools fund of 200,000 euros. This allows successful players to earn a fortune during the playing season.

All professional tournaments that take place on a regular basis can be divided into LAN and online formats. The first option involves the in-person presence of all teams in the cyber sports arena. Online competitions are held remotely. This means that team members can play matches from the comfort of their own homes. As a rule, the LAN format is more suitable for large tournaments. This allows fans to visit the event and personally express their respect for their idols. At the same time, the organizers prefer to hold qualifications online. Competitions are held according to the classic cybersport scheme “Best of 1/3/5”, implying that a certain number of rounds will be played per match. Their maximum number will not exceed 1, 3, or 5, respectively. The winner of the match will be the team that defeats the opponent in the largest number of rounds.

From January 14 to April 10, 2022, Europe’s top ten teams in the League of Legends will fight for the right to be called the best team in the discipline on the continent. In addition to the right to be called the champion, the winner of the League of Legends European Championship Spring 2022 was supposed to get a nice cash bonus – 80,000 euros from the 200,000 euros total prize pool.

Making predictions on the results of the main European tournament on League of Legends, it is worth looking at the quotations, which offer the leading betting companies of the world on the winner of the competition. Judging by them, two participants of LEC Spring 2022 have much higher chances of triumph than the other eight. I am talking about Team Vitality, which has about a 38% chance of success, and Fnatic, whose chances of winning the title are slightly lower, 36%.

In comparison, the third-place team in this ranking, the MAD Lions, has only a 15% chance of winning. This indicates a serious gap in the level of claims of the participating teams for the highest award. It should be remembered that the battles for the main prize of LEC Spring 2022 will be carried out both in online and offline formats, while the final games will take place in Berlin, like the previous season, at the LEC Studio.

In 2021, the winners of the spring session of the European League of Legends Championship were the cyber athletes from MAD Lions. In the Grand Final, they defeated their opponents from Rogue with a score of 3-2.

It is noteworthy that the main favorite of the upcoming competition – Team Vitality, a year ago was the worst of the participants, taking the last tenth place in the overall standings. Fnatic players finished in fifth place. But times are changing, and in eSports, these changes are occurring at an incredible rate.

LCL Spring 2022 on League of Legends has officially been canceled. The organizers report that after a detailed analysis of the situation, they have concluded that it is impossible to hold the league in the region. In fact, this means that all teams from the Eastern European region miss a chance to get to the second most prestigious LoL tournament, namely the Midseason Invitational. Whether the Continental League returns in the second half of the year will depend on how events develop in Ukraine.