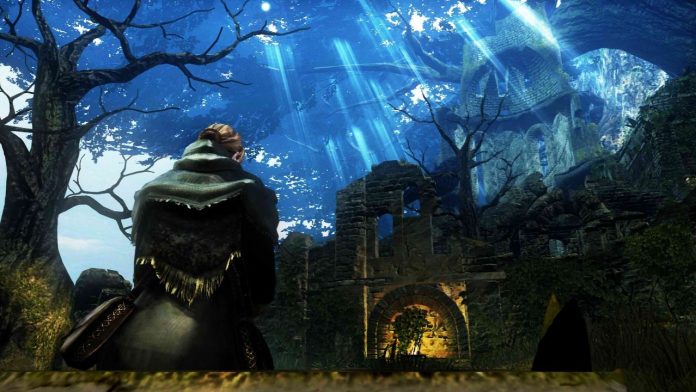 Recently, I’ve analyzed the most recent batch of Dark Souls II screenshots released by Namco Bandai and I’ve concluded that the upcoming game will have inferior graphics, effects and detail quality. To prove this statement isn’t just an opinion, I decided to create a proper comparison between Dark Souls and Dark Souls II visuals. Note that all the following images presented weren’t edited or improved in any way.

The first comparison mainly features two environmental scenarios and the difference between the two games is evident. While Dark Souls II presents a flat and poor detailed scene with barely any shadowing, Dark Souls exposes neat effects, refined frame details and proper lightning/shadowing. The characters presented also display huge differentiations. In Dark Souls screenshot, it’s possible to see all the little details in the character’s clothes, hair and accessories. However, in Dark Souls II the same cannot be done, the character lacks quality everywhere, for example the plate boots look like hard leather instead. 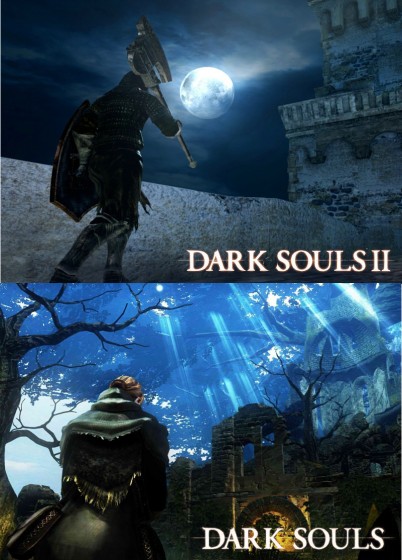 For the second comparison I decided to pick two daylight combat images from both games and the contrast is abysmal. Once again, Dark Souls II presents a humble scene with blurry shadows, poor detail, no effects and a rusty quality. The ground looks more like 2D, the stones are completely smooth and uniform and the grass around has nearly no detail. The characters are no different, only the shield has a decent level of quality. Now, if you take a look at Dark Souls screenshot the characters are properly polished, every material is well refined and nothing looks flat. The advanced and dynamic lightning/shadowing system is quite noticeable too since it makes the whole scene look more realistic and natural. 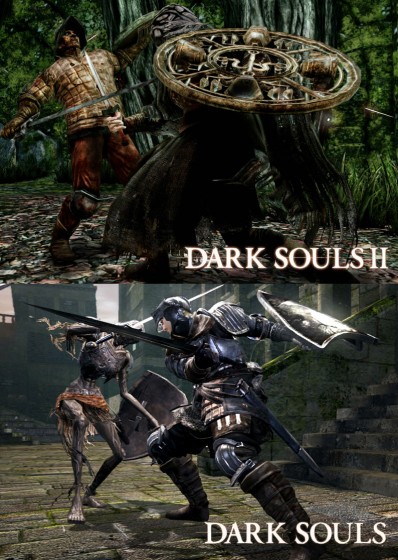 Dungeons and indoors locations are probably the most appealing scenes in Dark Souls II, since sunlight effects are inexistent, which means the rendering complexity is inferior. This comparison is not as harsh as the others; however there are still some differences. Dark Souls II clearly stands behind Dark Souls in terms of definition, detail and lightning effects. But in my opinion, the second game becomes graphically more equilibrated in this environment simply because the contrast is less perceptible. 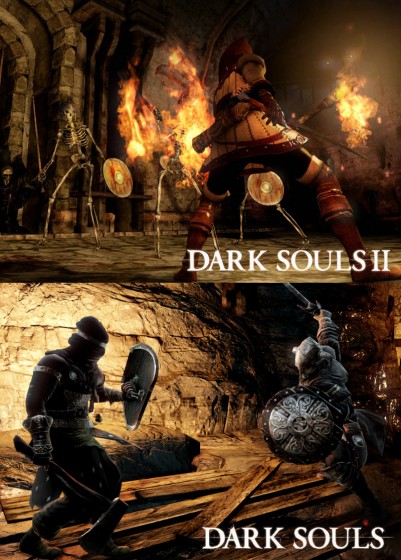 Finally, the last appreciation features boss fights and sadly, Dark Souls II graphics are much inferior compared to the first game. First of all, the boss is extremely blurry, flat and undeveloped, there are absolutely no effects and the only way you get to know it’s a boss it’s due to its giant size and supposedly special weapon. In Dark Souls, the boss actually has a proper aura – it’s well shaped, finely detailed with several special and lighting effects. All these visual features crate an accurate sense of virtual reality, which intensifies immersion and engagement. 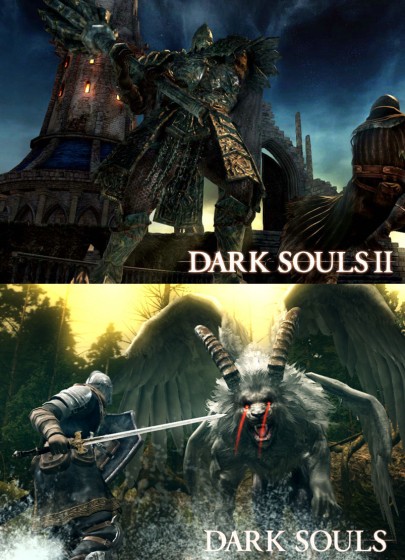 What would players prefer – a humble, flat and poor detailed game or a realistic, refined and high quality one? I’m not sure why the second game is getting inferior graphics than Dark Souls but it’s quite worrisome and disappointing since it’s a clear sign of regression. Evolution is a standard rule in video games and it’s rare to see a new game with worse graphics than its own predecessor. Dark Souls II will be released on March, which means better graphics won’t be worth hoping for.