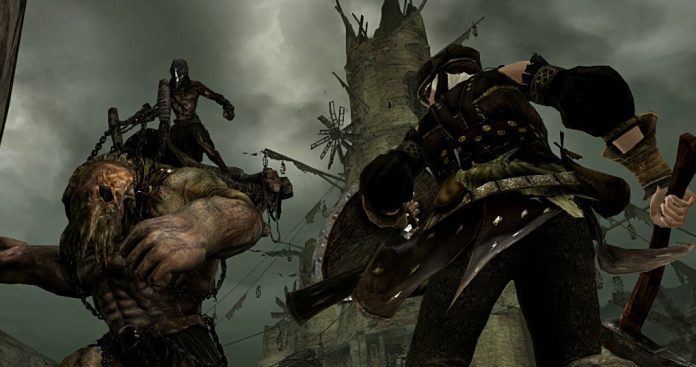 Namco Bandai released a new set of Dark Souls II screenshots a few days ago and surprisingly, the images expose a deteriorating scenario. The upcoming graphics are quite similar to the previous game but with clear signs of regression – lack of detail, poor definition and blurred shadows are some of the issues spotted. From Software has promised to deliver more powerful graphics for Dark Souls II but that’s not what these screenshots reveal. Despite the gorgeous image quality presented in the trailers, the in-game visuals are awfully different and hardly impressing. Could that be a direct result of the graphical improvements intended to solve the slowdown and frame issues? Or is the game being rushed so much that even graphic quality is being affected? I’m not certain about the real reason behind this regression; however one thing is for sure, Dark Souls II won’t just have an ordinary visual, it will also have an unfortunate withdraw.

Poor Definition and Lack of Detail

The most reluctant aspect in the World Screenshots is the lack of quality, detail and definition. Characters, objects, as well as environmental scenes are rendered in a rudimentary way. In some images this issue is so shameless that characters appear to be flat and cartoonish. I know Dark Souls graphics were actually decent in 2011 but let’s be honest, three years have passed, shouldn’t players demand more and better?

Dull and Humble Sense of Reality

All this mist of poor rendering and mediocre graphics create a fragile sense of reality. To be honest, looking at these screenshots makes me quite sad. Why? Presently, poor graphics are a real problem, mainly because you have experienced way better already. So it’s harder to experience immersion and perceive a virtual world as a “real thing”. Even if most hardcore gamers enjoy playing classics that doesn’t necessarily mean they’re willing to play new games with similar visuals.

I’ve noticed that the lightning system is very poor too. In some screenshots the environment is so uniform that it becomes artificial. Therefore, as a result, the shadows are not great either. Everything seems quite undeveloped and dull. Dark Souls II will be released on March 2014, let’s hope that until then, the rendering and quality will increase, at least slightly. Otherwise, the game will be a mere sequel of Dark Souls without any graphical improvements.