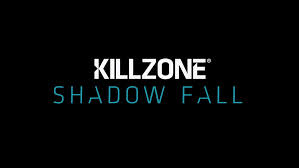 A man is suing Sony for $5 million over claims of ‘false advertising’ regarding a claim that Killzone: Shadow Fall’s multiplayer mode ran in a ‘native 1080p’.

Polygon reports that plaintiff Douglas Ladore is claiming that Sony used ‘deceptive marketing’ when it came to the resolution of the latest Killzone game, with the multiplayer modes advertised as running in a higher resolution. This led to him purchasing the game under false pretences.

Back in March it was discovered by Eurogamers’ Digital Foundry that the multiplayer portion of the game actually ran at 960×1080 at around 50 frames, with a high quality temporal upscale. This is opposed to the 1920×1080, or 1080p resolution.

Following this report, Killzone developer Guerrilla Games responded by saying: “In both SP and MP, KILLZONE SHADOW FALL outputs a full, unscaled 1080p image at up to 60 FPS. Native is often used to indicate images that are not scaled; it is native by that definition.”

They went on to explain the technique known as “temporal reprojection” used for Shadow Fall’s multiplayer:

“Temporal reprojection is a technique that tracks the position of pixels over time and predicts where they will be in future. These “history pixels” are combined with freshly rendered pixels to form a higher-resolution new frame. This is what Killzone Shadow Fall uses in multiplayer.”

Ladore claims that by definition this is not ‘native 1080p’ but simply a technological shortcut used to replicate the 1080p resolution.

The case is being handled by Edelson PC, perhaps best known for handling the case against Sega and Gearbox Software regarding the poor quality of Aliens: Colonial Marines.

You can read the full document below (via Kotaku):