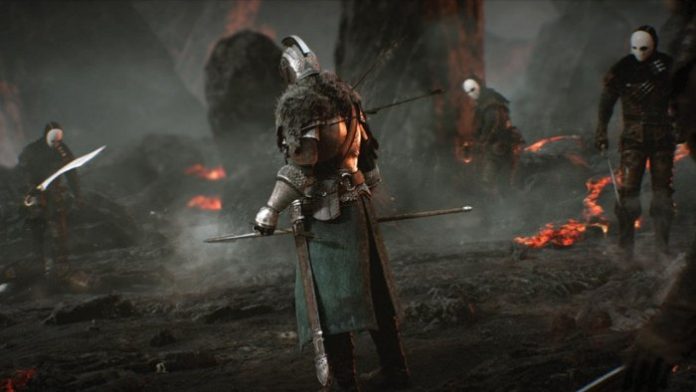 Remember that unforgiving, brutal, macabre and downright merciless RPG Dark Souls? How about it’s spiritual predecessor Demon’s Souls? Other than a crushing difficulty and well earned rewards, something these titles consistently delivered was violence. Lots and lots of violence thanks to an M rating. From Software’s dungeon crawlers have developed a cult following with hardcore gamers around the world. Things may have changed.

ESRB has recently given the newest frustratingly addicting epic in Dark Souls 2 a T-Rating.

Assuming this holds true up until its release, this will give several others (teens and younger gamers) the opportunity to experience this instant classic. However, it is understandable that many hardcore gamers are worried this may compromise what made the previous installments so gritty and raw.

On a side note, one notable series that went from a mature rating to teen was Midway’s Mortal Kombat vs DC Universe. The goal was to reach a wider audience. Unfortunately for Ed Boon and crew, the game was unsuccessful, sending Midway into closure. Only time will tell whether a teen rating will please the masses.

Dark Souls 2 releases on PS3 and Xbox 360 March 11 in North America, March 14 in United Kingdom and March 13 in Australia. A rumored PC release is set for May 31; a release for Japan is yet to be announced. Until then, enjoy the trailer below. Like you, I am also crossing my fingers a teen rated Dark Souls 2 will be just as incredible.