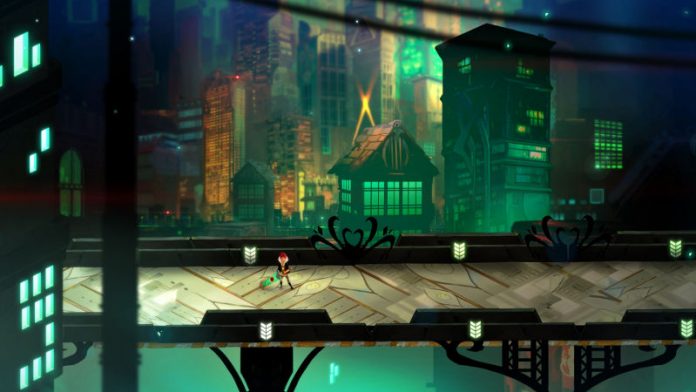 Supergiant Games, the developers behind the massively successful indie title Bastion today announced their next game, to be called Transistor.

Transistor puts players in the shoes of a young woman named Red, who is attacked by mysterious enemies wielding a powerful swordlike weapon. After narrowly surviving the attack, she gains control of the weapon, which is seemingly called Transistor. Players will then explore the futuristic city of Cloudbank, struggling to piece together the secrets of the Transistor in an effort to track down Red’s attackers. In tandem with this announcement, Supergiant Games have released a trailer that teases at the gameplay of the new title:

The game is intended to give players the opportunity to utilise strategic planning in combination with the familiar fast paced action from Bastion.

Supergiant Games wants Transistor to succeed in its vibrant style and storytelling as much as its predecessor, and so the entire development team from Bastion will be working on the new title. Hopefully this means that we’ll see more of the beautiful art and absolutely stunning songs that defined Bastion. Logan Cunningham, the voice talent behind Bastion’s narrator has also announced that he’ll be working with Supergiant in a vocal capacity.

For those wanting to know more about the game, Supergiant will be answering questions via their Facebook and Twitter accounts, and will also be putting together a FAQ. Rabid fans can also get their hands on a playable version of Transistor in booth #892 at PAX East.

Transistor is currently slated for a 2014 release, and has not yet been confirmed for any platform.