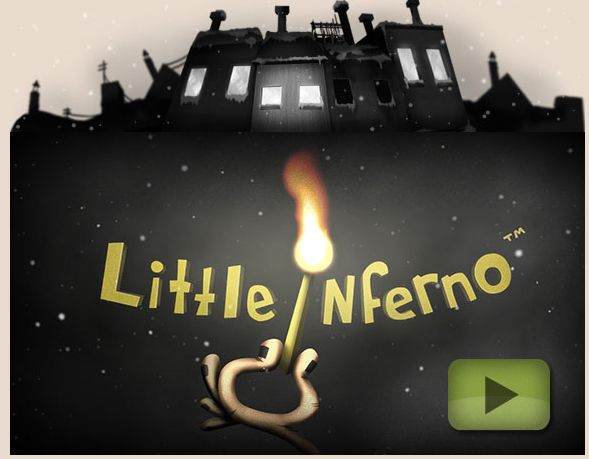 World of Goo was one of the most surprising and popular indie games to be ever released and today its developers, Tomorrow Corporation, have announced that they’re working on a new title, Little Inferno. Unfortunately, they decided to go big studio on this and only released a teaser that doesn’t really tell us much about the game.

What is made clear by the trailer is the fact that we’ll have to burn things – kids toys especially – in Little Inferno in order to keep the world from an icy death. The developers even have a short description of their own: “Burn flaming logs, screaming robots, credit cards, batteries, exploding fish, unstable nuclear devices, and tiny galaxies. An adventure that takes place almost entirely in front of a fireplace – about looking up up up out of the chimney, and the cold world just on the other side of the wall.”

Of course, as interesting as this might sound, it doesn’t actually say much about a very important element of the game: its gameplay. I do have the feeling that it will be something extremely interesting and exciting, but nothing is certain at this point.

But I’ll let you decide what you think about the game by checking out the Little Inferno teaser trailer released below. I consider it completely idiotic and deal breaker. But I am sure that the game will be a lot of fun, though.

If you have faith that Little Inferno will be a great game, you can pre-order the game from the official website for just $15 and get a chance at a beta seat as well and test the game from its early stages.