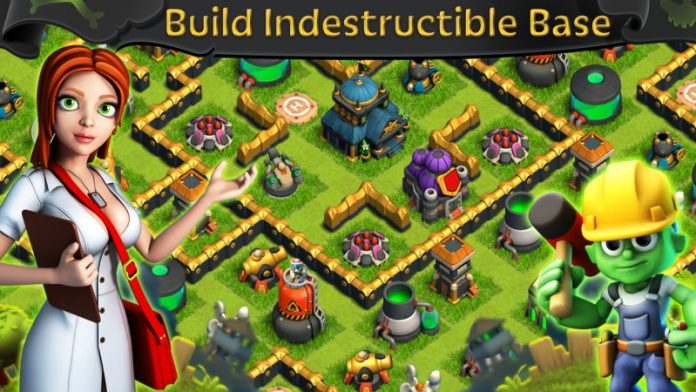 Ever since Supercell’s social strategy game has become a major hit – and it’s still standing – many developers tried to re-create the success of the title and beat Clash of Clans at its own game. The latest in the series is Battle of Zombies, a brand new take on the genre judging from the characters and setting (a post apocalyptic world where zombies rule the day), but otherwise pretty limited in terms of innovations.

The gameplay is actually as “Clash of Clans” as possible and even the graphics, despite being clearly different from Supercell’s title, still manage to somehow look a lot like CoC’s: maybe it’s the way the troops move, the buildings look like, the characters roam around on your base, I don’t really know, but it all seems pretty much the same…

This doesn’t mean that Battle of Zombies is not a great game, on the contrary! It’s extremely addictive and the new approach, zombies, help make it extremely popular. I mean, who doesn’t want to run an army of zombie Hippie Mobiles, taking away toxins from other players? That’s pretty much pure magic waiting to happen!

Apart from that, you have everything else: clans and the promise of incoming clan wars, tournaments and chat, a solid single player campaign, heroes and a ton of upgrades. Some of them seem to be really easy to get (especially when it comes to upgrading your Crypts – the “barracks” for zombies) but the focus is more on the PvP aspect and quick base building. And that’s a great thing, because I hate to wait for months before I can build myself some pretty decent troops.

So if you are a fan of this type of games, make sure to search for Battle of Zombies on the App Store and download it on your iPhone or iPad (the latter being a better option because of the bigger screen). There’s a lot to do and even though the differences are not huge, it gives you a break from Clash of Clans and something to do while you are waiting for your troops to be ready in the other game. So check out Battle of Zombies and have fun playing the game!