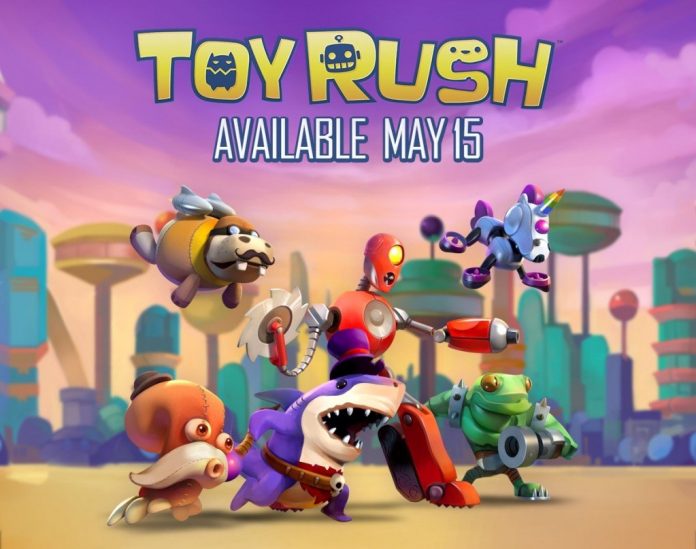 There are so many Clash of Clans clones out there that you can barely keep up the pace with the releases. Why none of these games manage to become as successful as the original? Well, simply because they take the exact same mechanics and dress them with different clothes, offering the exact same thing with different graphics. Toy Rush is the game that decided to do something – or almost everything – different and proves that if you risk it, you can go BIG!

At its core, Toy Rush is indeed a game similar to Clash of Clans – you build up your base, you set up your defenses and you attack other players for fame and money. Even more, it comes with a strange approach for the hardcore gamers – plush toys and silly little monsters in a world that seems created for three year olds. How could such a game be any fun or successful?

Well, Toy Rush manages to get over any preconceptions and deliver an amazing overall experience. It’s Clash of Clans enough so that you know how to play the game, but is completely different at the same time: it mixes card collecting mechanics with the base defense style, and does it flawlessly. So instead of building your monsters in the barracks, you spend the tickets (the game’s currency) you earn from attacking other players on card packs. These card packs give you the monsters which can be used in attacks, and you certainly need a lot in order to be successful. Pretty brilliant!

But the innovations don’t stop here. Forget the walls and the “command center in the middle” rule, welcome to Toy Rush! Basically, your base is divided in two: the resource producing part and the defensive part. All people attacking must go through the defense part first which plays out mostly like a tower defense game. There is a road they have to go through (and you set it up as you think it’s best for your strategies), while towers on the sides shoot at any monster walking on that road. You also have different traps and obstacles to slow down the enemy. Because, if they manage to get past your towers and defense zone, all is lost.

Therefore, Toy Rush represents a fresh breath of air in an App Market filled with Clash of Clans clones. Actually, it doesn’t bring any justice to the game when you compare it with Supercell’s title, because it’s completely different and, in my opinion, better!. Trust me and give this one a play – it’s available for free on the App Store. And if you get stuck or want some help, make sure you check out our sister site’s Toy Rush cheats and tips – you’ll need them!