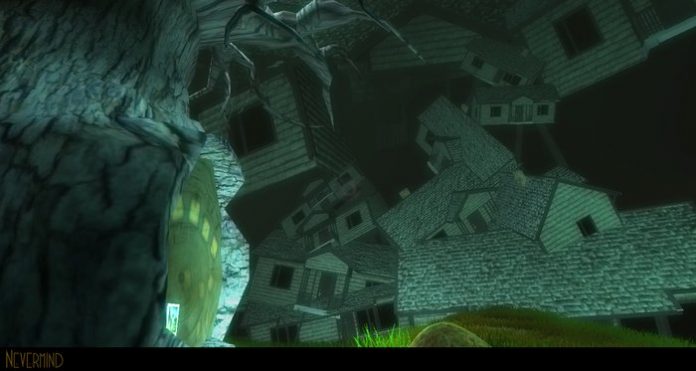 Sweaty palms and a racing heart are typically a signs of success in the genre of horror games. In the future it could be your body’s response that works against you.

In a new Kickstarter campaign, game designer Erin Reynolds is seeking funding for her award winning game concept, Nevermind. This horror themed adventure title will feature biofeedback technology that measures your heart rate. Players will navigate the twisted subconscious minds of trauma victims as a “neuroprober,” a medical professional attempting to repair the internal damage of their patients from within.

Amidst the damaged psyche and pulse-pounding imagery the game will require the prober to solve puzzles to escape the dark maze of a mind torn asunder.

You might not admit you’re scared, but the game will know.

Reynolds wants it to act as a form of therapy. Nevermind will provide not only entertainment, but allow the gamer to gain a measure of emotional control as they have to reign in the physical response of the body in order to have an easier game-playing experience.

The Kickstarter is asking for $250,000 to hire a full-time development staff and purchase necessary software.