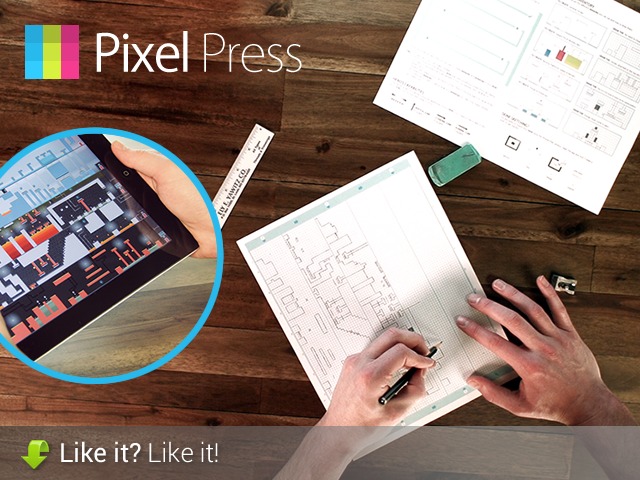 For those who ever thought about designing their own video games without learning code, there may soon be an app of that.

Pixel Press is an iPhone and iPad app that lets you draw, upload, test, design, play, and share your own game. Currently, Pixel Press is on a Kickstarter campaign with a goal of raising $100,000. Those interested in Pixel Press can get an early bird copy for as little as $6 if Pixel Press meets its goal.

The interface for Pixel Press feels like the 2D platformers of old like Super Mario Brothers. As the designer, your job is to create a level to challenge players as they make their way from point A to point B. Designing a level is as simple as drawing on a sheet of white paper. Pixel Press has a drawing tutorial that explains how to design puzzles and hero capabilities. Once everything is drawn, simply photograph the level and Pixel Press will turn it into a game ready for play testing and you don’t even have to code a thing. Adding designs will flesh out the game’s visual aesthetics. Then it’s simply time to share it among others. The process reminds me of the level designer of Little Big Planet but for the mobile device.

If you feel that Pixel Press has the potential of being a creative venue for game design, why not support their Kickstarter campaign and check out the various levels to contribute.