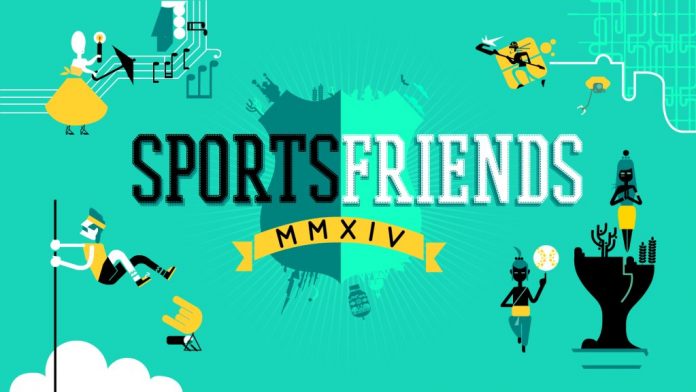 Over the last year there has been a resurgence in local multiplayer. Games like Samurai Gunn and Towerfall have come out to rave reviews, reigniting a long dormant niche. The super fast, immensely rewarding competitive game is becoming a far more common occurrence, and the latest entry into this blossoming field is Sportsfriends. For those that don’t know, Sportsfriends is not one game at all, but four individual games packaged together in one bundle. The grouping of Hokra, BaraBariBall, Super Pole Riders and Johann Sebastian Joust make up a unique lineup, each a standalone game that puts interaction with other players above everything else. 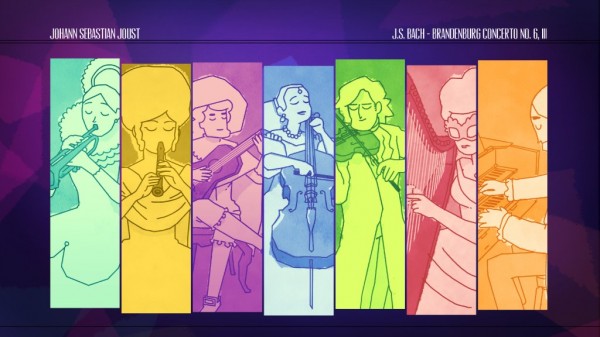 Johann Sebastian Joust may be the weirdest game of the bunch. While the others games are more traditional, arcade-like experiences, J.S. Joust is played entirely without the screen. Players each hold a controller and stand in a circle while music begins to play. As the music plays, participants try to jostle each others controllers while keeping their own as steady as possible. Should a controller shake to much, the owner is out. The game is simple but infinity rewarding, as pushing friends and family around never gets old. J.S. Joust really shines when tinkering with the games many options. From momentary freezes when no one can move to fleeting moments of invincibility, the extra options really open up the already innovative gameplay. (Protip: In the options menu there is an area for a secret code. Put in Bach’s birth year, 1685, to get an extended options list.) 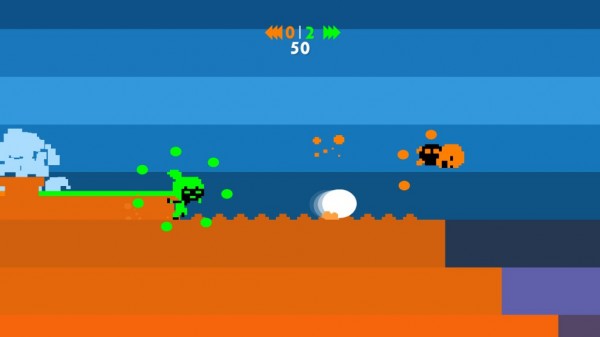 BaraBariBall may be the most complicated game of the bunch. A weird twist on the Super Smash Bothers formula, in BaraBariBall two teams (either 1v1 or 2v2) go head to head trying to dunk a ball in the other teams water. Each character gets 8 jumps to maneuver around and avoid attacking opponents while trying to dunk the ball, but should they run out of jumps and fall into the water their team loses a point. The result is a highly strategic, button mashing framework for you to challenge friends in. BaraBariBall can easily overwhelm those who don’t play many games due to it’s fighting game style, but after players understand the mechanics it offers the most depth of all four titles. 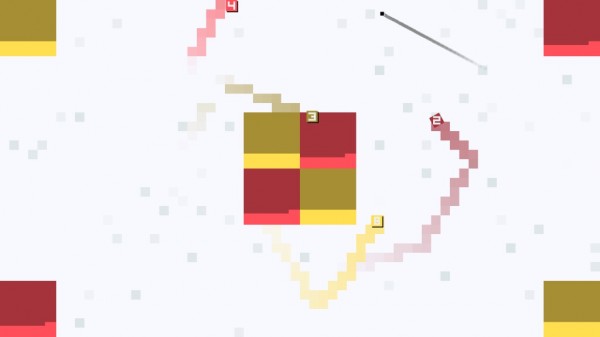 Hokra finds it’s footing as the most minimal entry in Sportsfrends. From controls to visuals, everything is very simple and easy to understand. That pick-up and play accessibility doesn’t stop Hokra from being strategic however, as player cooperation is essential to succeeding. In Hokra, two teams of two go head to head playing a mix of hockey and soccer. As the game starts players sprint to the middle of the screen and pick up the one pixel wide ‘ball’, and then carry that to a designated end zone. For every second the ball is present, the team continuously scores. Players with the ball are barred from sprinting, allowing players without the ball to quickly catch up and steal it. Participants can pass the ball as well, creating the strategic back and forth needed for a good competitive game. Hokra matches tended to always reach a fever pitch, as the game is so well balanced that there are rarely ‘blow-out’ victories. 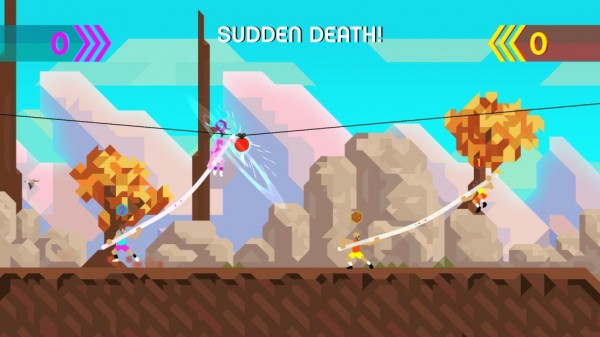 Super Pole Riders is the last entry, and to many the best. Created by the maker of QWOP, Super Pole Riders is all about it’s weird control scheme. Each character is attached to a pole vaulter’s pole. The left analog stick moves the player, while the right stick swings the stick in whatever direction you point. The system sounds easy enough to master, but trying to use it proves otherwise. As players struggle mastering the movement, each side is challenged with hitting a ball which is suspended by a string. Whether they kick it or push it with the pole, players need to get that ball down to the opponents side.

The collection of four games seems very strange and mismatched at first, but after sitting down with each one I’ve found the opposite. Each of the games compliments the others, making one be all about team competition, another about teamwork, and then another a free-for-all. Sportsfriends best aspect is the ever changing player dynamic. One second you and a friend are perfectly timing passes in Hokra, barely beating the competition, the next you are pushing that friend in Johann Sebastian Joust. Sportfriends is a collection of fun, interesting and unique minigames, that when bundled together offer hours of enjoyment. 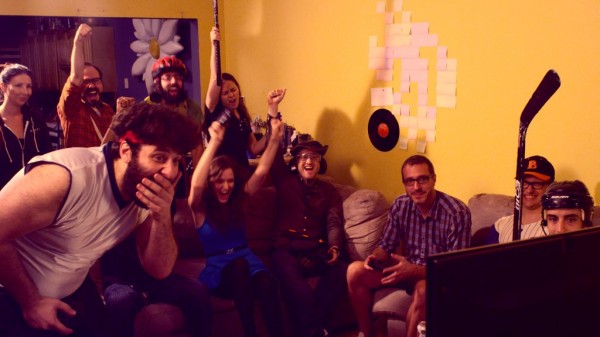 All of this awesome co-op fun has a few big cautions however. First, make sure that you have a group of friends who are willing to play. Sportsfriends thrives on friends playing together, For BaraBariBall and Super Pole Riders, two player will suffice, but Hokra and J.S. Joust require more, each game at it’s best with the maximum amount of players. Secondly make sure you have a place to play, a cramped space can quickly ruin prolonged play sessions. Then there’s the cost. It’s 15 dollars for the game, but the game is useless without some equipment. On PS3, either Dualshock 3s or PS Move controllers are needed, anywhere from 2 to 7 depending on how you want to play. On PS4 players can use up to four Dualshock 4s, but most people don’t have that many sitting around yet. On PC there are some problems as well, as of this writing the Sportsfriends team hasn’t found a way to get J.S.Joust on Windows, so PC users won’t be getting the full package. Controller support is tricky to, but most 360 and PS4 gamepads will work for everything but J.S. Joust. The team assures their Kickstarter backers that they will find a way to make the game work, but how long that takes remains to be seen.

In the end, Sportsfriends accomplishes what the developers wanted it to, an insane coop competition that captures the best of local multiplayer. With the right group of friends and all the necessary equipment, Sportsfriends is no less than a perfect 10. However, every time you might want to play all, of the pieces required for this 10 experience won’t be available. It’s the fine line the game walks – sometimes a perfect product and other times practically unusable – that bumps it’s score down. Sportsfriends accessibility and pure mechanics fuse into a product that can be enjoyable and rewarding to hardcore and casual gamers alike, but utterly useless when no one else is around.