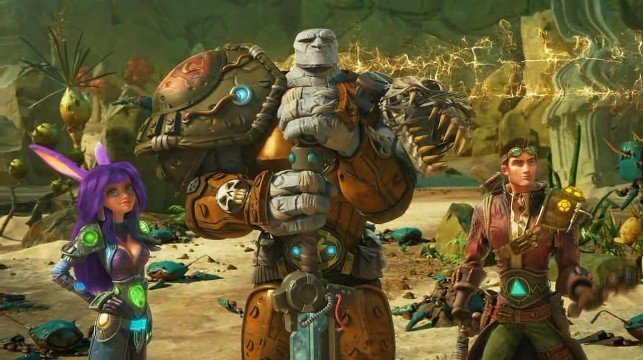 So far, it’s been a rough year for new MMOs.

By new MMOs, I mean the only other one that came out just a few months ago in the Elder Scrolls Online. Many, including myself played it and was left wanting more, sometimes even wandering why this game even existed in this particular genre. Being my disillusioned after this experience, I didn’t know what to expect coming into WildStar’s open beta, which is set to release in only a few short weeks.

The story behind WildStar is rather straightforward when it comes to the development of the title, bringing together former World of Warcraft developers from before the game went off the rails in Cataclysm. Even with such a glowing game in many of the developer’s track records, the same could be said with Warhammer Online, a game that was brought to us unfortunately by the developers of Dark Age of Camelot: the original massive PvP game. Skepticism is something that is easily thrown into one’s mind when MMOs nowadays are concerned, regardless of track record. Games like Star Wars: The Old Republic, the previously mentioned Warhammer Online, and even All Points Bulletin, another game that brought terrible to groundbreaking levels.

Playing WildStar for the first time it brought together odd conventions for an MMO. Things were more fluid and active, I was also being pleasantly surprised by the artstyle and platforming which gave the game a Ratchet & Clank or Jak and Daxter feel. Like the previously mentioned Sony platforming titles, WildStar promises to bring humor to the game heavily, something that has been lacking on this MMO landscape for quite some time aside from World of Warcraft’s occasionally odd quests and pop culture references. On top of the unique feel the developers at Carbine promise to include a raid-heavy focus with an emphasis on challenge which is sure to appeal to the old WoW guard dating back to the original skill demolishers in The Burning Crusade.

WildStar is an MMO worth looking forward to, as in a few weeks will land in our collective MMO playing laps while we kill the ever-present space kobolds. It’s understandable to be second-guessing the art direction the game is taking, but has the potential of presenting an alternative to the gritty Elder Scrolls Online. Cartoony with a little bit of everything, with its tongue firmly dug deep into its cheek may be the new MMO to beat on the landscape, this will either end very well or take a place alongside The Old Republic of games that could have been.