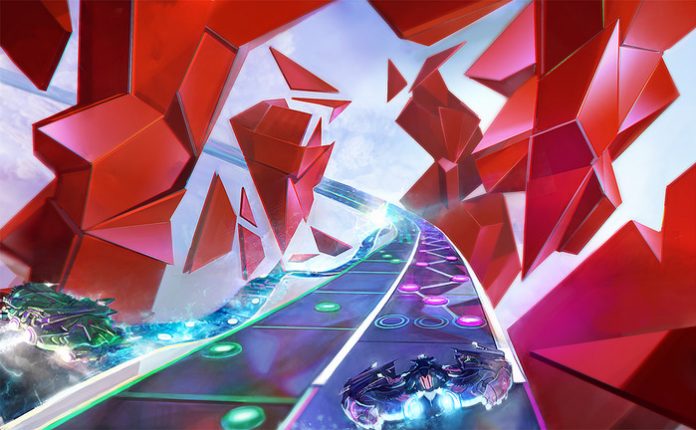 Harmonix, the developers who brought you the music series such as Rock Band and Dance Central has successfully reached its Kickstarter campaign goal to fund the development of a remake of the 2003 classic Amplitude.

Upon reaching the goal, the Harmonix team said “You did it. We honestly can’t believe it – we get to make another Amplitude and play it with you guys. It’s incredible.”

The developers then created a stretch goal of $1,125,000 to fund online head-to-head multiplayer which currently doesn’t look like it will be reached.

Backers were also given ‘loot’ for certain prices. $70 would have got you your name in the credits, early access to the game whilst $100 would get you a custom ship and an exclusive song.

The studio decided to remake the controller based rhythm game alongside their current projects including Chroma and Fantasia.

Harmonix needed the start the Kickstarter due to the studio being independent, so the campaign made sure the community were interested whilst also allowing the developers self-publish the game with little risk.

The original Amplitude was released in 2003 and required players to match buttons to influence the music played in the background, like a controller based Rock Band.

The PlayStation 2 classic received high praise from critics earning a 9.3 from both IGN and Metacritic. However, despite the high scores, Amplitude did not see amazing sales, which Harmonix blamed on the inability to show gamers how the title worked.

Since its release, the game has been picked up and played enough for gamers to want a remastered version, although it is unclear whether it will be released digitally on PlayStation 3 and 4.

Harmonix’s success brings further questions, will we see more developers branching out to crowd sourcing websites in order to fund future projects? Will this lead to funding of games developers deem to risky to publish themselves?