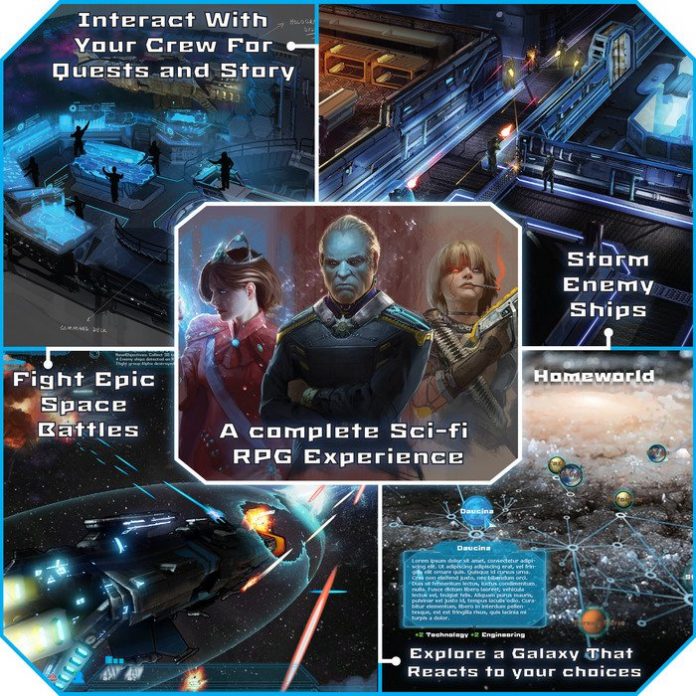 Kickstarter sure is great, isn’t it? Just when you think you’ll never find that perfect game, Kickstarter delivers it, beautifully tailored to have all the coolest things ever in it. Let’s say, for example, that you’re looking for a sci-fi RPG with a mix of X-COM combat and grand space battles, a dash of well-written crew and characters, and more lore than you can shake a bantha at. Where on Earth could you find this game? As it turns out, The Mandate by Perihelion Interactive has promised all of these things. With 12 days and about $200,000 remaining on the Kickstarter page, Perihelion has been churning out as much as they possibly can to drum up interest in this grand space-opera game.

This includes releasing several very small components of the game as browser stand-alones, including an interactive prologue, an online ship designer, and even a small text-based adventure game set in the massive universe of The Mandate. This massive universe, by the way, is one of their main selling points so far. The Kickstarter page proudly boasts that you can “explore a world of culture, with 1500 years of lore.”

There are several space-based games on Kickstarter that have been attracting a great deal of attention recently, including Star Citizen. While Star Citizen is attempting to corner that finicky online market with a pseudo-MMO system, The Mandate is sticking to a largely single-player experience. (Saying that: the game will support up to six-player co-op, although the devs seem to intend that as a fun side feature and not a core mechanic of the game.)

The game is slated for release in 2015, assuming they hit their Kickstarter goal. With backing from such large community personalities as Totalbiscuit and Angry Joe, we can only assume that these next few weeks will see the last big push to get The Mandate funded. Yesterday, a new trailer was released that revealed one of their many voice actors: David Bradley, best known for his roles as Argus Filch in the Harry Potter movies and, more recently, Walder Frey, one of the brains behind the Red Wedding in Game of Thrones.

The voice talent is there; the (very addicting) gameplay samples are available, and the game is heading in a direction that could re-define the sci-fi RPG genre. As long as it gets funded, The Mandate could be the game of the year for 2015. I’m calling it now.