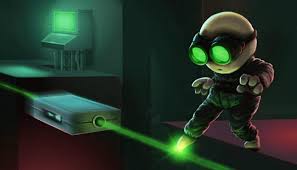 Curve Studios and Curve Digital announced the release of Stealth Inc for November 14th. This stealthy-puzzle title is finally coming to the mobile world. Curve Studios’ design director, Jonathan Biddle, stated that in the last two years the company worked endlessly to reproduce a refined version of the original game:

We’ve been talking about bringing Stealth to iOS ever since we released the PC version back in 2012. What we didn’t want to do is rush to release it just for the sake of it having it out there, so we’ve spent a lot of time tweaking the controls and making sure the game plays well and looks beautiful on a smaller screen.

This game has a very simple goal: survive at any costs. In Stealth Inc players will be mere clones trapped inside a high secured facility, even though they know their destiny, there’s nothing much they can do to avoid it. Without any kind of body protection, players must endure and surpass all kinds of challenges and dangers. As curve Studios stated, “only the fastest and sneakiest will make it to the exit”. Agility, reaction and strategy will be great allies in this fight against death.

Stealth Inc will be available on iOS Appstore this Thursday for all iOS devices from the iPhone 4S, iPad 2 and iPad Mini upwards.