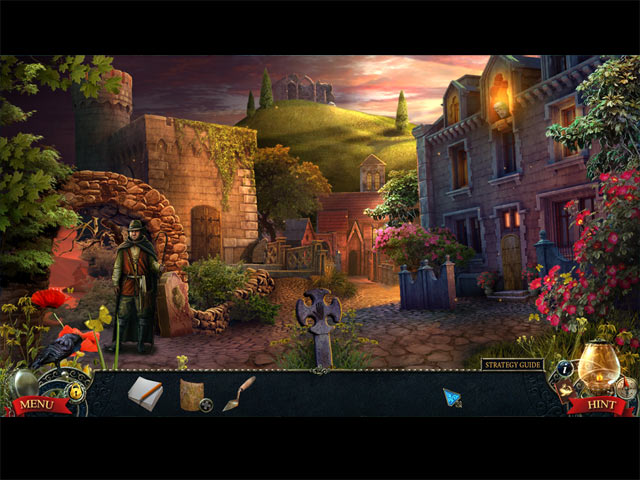 We’re starting our 2015 casual game recommendations with a really creepy and well done tile, Midnight Mysteries: Ghostwriting. Just released over on Big Fish Games, this is the perfect choice of a hidden object game to pick up for the new year and enjoy over a cup of hot chocolate, ideally served at midnight.

Here’s how the story goes in this title: “You’re no stranger to paranormal visitors showing up at Midnight, but when a suspicious character drops a threat in your mailbox, you’re drawn into the timeless struggle of good versus evil. The fictional characters of classical literature are coming to life, and not all of them are happy with the way their stories ended! Use books to travel through space and time, as you join Charles Dickens and Washington Irving on an exciting adventure through their most famous books. Can you unmask the villain in time, or will the world’s most beloved classical literature be rewritten?”

That’s quite a trip that Midnight Mysteries: Ghostwriting invites us to embark on, and an extremely enjoyable one too! So if you’re a fan of the genre, I am sure it’s already starting to tickle your pleasure spots.

Visually, the game is not one of the best looking on the market, but it’s still not bad to ignore it. And what the game lacks in visual eye candy is replaced in terms of gameplay and story. Lots of varied hidden object scenes, interesting mini games and a lot of bonuses are offered in this Collector’s edition that’s a must have for old MM fans or people who are experiencing the series for the first time in their life.

So head over to Big Fish Games and download Midnight Mysteries: Ghostwriting – there’s literature to be rewritten in a fun and exciting game!