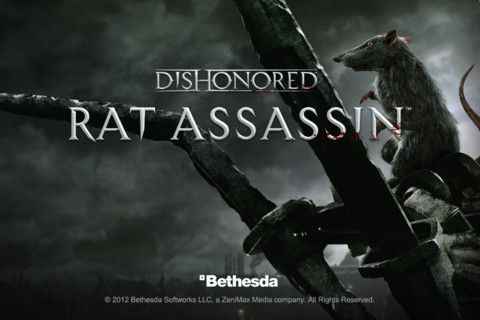 With the release of Bethesda’s stealth game Dishonored closer than ever, the developers have decided to release a promotional game on iPhone and iPad, Dishonored: Rat Assassin, which should be considered a great gift from the developers since it is available for download completely free of charge.

The only problem for those who are big fans of Disonored already and want to give the stealth game a try is that they’re not going to get it from this game, which is more of a Fruit Ninja with rats, which already sounds extremely impressive if you are to ask me. Yes, slicing rats was never easier!

Even more, there’s also a Global Rat Assassination chart (where Europe and the US are leading at the moment) that you can try to improve in your quest to give your country the lead. All in all, it’s great free fun from Bethesda and even though it’s not Dishonored gameplay that we’re getting, at least we get something Dishonored.

So check out the Dishonored: Rat Assassin for iPhone or iPad right away!