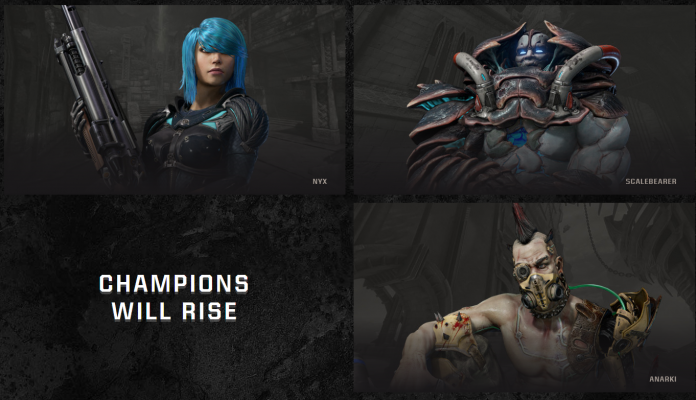 Itching to try out id Software’s free-to-play take on the beloved shooter franchise Quake? Well be sure to stick around this weekend because the testing period will be open to everyone who has signed up for the beta! As long as you’ve signed up at any point during Quake Champions‘ long testing period you will receive an invite. If you haven’t signed up already you can do so here at the Quake Champions website.

To gear up for this new round of players, Quake Champions will be entering a different kind of testing period. Previously the beta would open up only on the weekends, but from this weekend until May 21st, the game will be open to all, any day of the week – as long as you’ve signed up, of course! Now’s your chance if you’ve been waiting to play the newest iteration of Quake.

This latest patch will also introduce the four-on-four “Sacrifice” mode. This mode was supposedly developed with the intention of giving Quake Champions an entry point into the professional eSports scene. Bethesda also stated that the game’s NDA is finally lifting, which means that players can record gameplay, stream, save screenshots, and all that jazz. Expect Quake Champions to blow up on Twitch this weekend!

If you haven’t heard of Quake Champions yet, it’s basically if you took Quake and sprinkled a little bit of MOBA on it. Don’t worry – it’s still the fast-paced & in-your-face Quake we all know and love, but this time around the different characters have different stats. Some champions have more health than others, some move faster than others, and so forth. Not only that but each champion has a unique ability that they can activate on the fly. Aside from that, you’ll still be blasting foes into gibs with the Rocket Launcher, zapping them to a crisp with the Lightning Gun, and of course sniping them from afar with a skillfully placed shot from the Railgun.

Any of that sound like a good time to you? Be sure to try out the test this weekend!