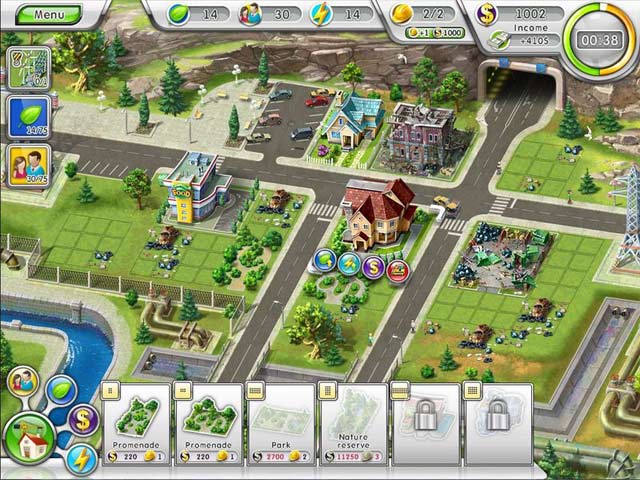 Even though it was a shorter month compared with the others, February still managed to give us some really good casual games over at Big Fish Games – again with a focus on the ever-popular hidden object genre, and I am here to share with you 10 of the best releases of the previous month. So in case you didn’t play any of these games, you should give them a try as they are, in our opinion, the best casual games of February 2013 and are worth at least one look!

Construct the world’s most eco-friendly city in Green City! Clear away abandoned run-down houses as you redevelop the land, creating a new sunny paradise. Today is a perfect day to bring out the engineer and architect in you with this thrilling Time Management game! Head over to Big Fish Games to give this game a try!

In the northern part of the state, near the upper reaches of the Hudson River, there is a town named Sleepy Hollow. As is often the case, small towns hide big mysteries. A chain of bloody events commenced one ordinary night. A secret marriage and a new will have inflicted a dreadful curse upon this town. A terrible legend has become reality. The legend of a terrifying creature returned from hell. So if you want to find out more, click here.

Experience the wonder of discovery as you rebuild a crumbling kingdom in Meridian: Age of Invention, an innovative time and resource management game! Endlessly imaginative, visually stunning and accessible to players of every skill level, you will be taken to a time and place you’ll never want to leave! Go to Big Fish Games to download this game.

9: The Dark Side Of Notre Dame

The Festival of Fools is in full swing in Paris when the gargoyles of Notre Dame Cathedral abduct a festivalgoer in plain sight. What was assumed to be a festival stunt turns out to be something much more foul. You are hired by the Paris Police to work the arcane angle of the case in this fantastical reimagining of Victor Hugo’s classic tale. You can get the game here.

Dark Canvas: A Brush With Death

Uncover the mystery behind an artist’s deadly talent in Dark Canvas: A Brush With Death! Your daughter, Angie, was traveling through Europe when she vanished without a trace. Her last letter urged you to come to a remote island town in Italy, where she had stumbled upon a dark secret. When you arrive, you learn that there has been a series of tragic deaths in town, accompanied by sightings of a legendary spirit called the Silhouette. With no way of knowing who would be next, citizens turned to Virgil, a local artist who could famously predict the future through his paintings. Now you must seek out Virgil and his mysterious paintings before you and your daughter become the next victims of his deadly predictions! Click here to download the game.

Shadows: Price for Our Sins

It’s Halloween night, and Dylan and her fellow students have decided to throw a Halloween party at abandoned Stone Farm. Little do they know, their decorations aren’t the only things hanging around this spooky house. When the friends stumble upon an ancient artifact, they unwittingly open a portal to the underworld and release the souls of the Stone family, which were being held captive by Lord of Darkness Samhain! The enraged demon steals the souls of the students in revenge, but Dylan narrowly escapes his clutches. Can Dylan earn the help of the escaped spirits and save her friends? Play the game and find out for yourself – if you’ve got the guts.

Search for your brother, Jeremy, in a beautiful world where the sky is as wide as your imagination in the Hidden Object Puzzle Adventure game, Surface: The Soaring City! Jeremy was a great inventor who discovered a magnificent land soaring in the sky. He created wings for the people, making them free. The new citizens were happy…until one day Jeremy was kidnapped and blamed for conducting inhumane experiments. It’s up to you to save your brother from imprisonment and redeem his good name. Click here to see if you can do it.

Heroes from the Past: Joan of Arc

Help Joan of Arc to build a new Kingdom and change the fate of the people. Journey through beautiful scenery, relaxing music and the thrilling process of building a city in this engaging Match 3 game. Dive into an epic story of honor and courage and save the day in Heroes from the Past: Joan of Arc! Head over to Big Fish Games to download this game!

Jessica would never imagine that her big day would turn out to be a nightmare; they had an accident and Jonathan McNealy, her husband is missing. Things just got more and more bizarre when she encountered a mysterious girl who seemed to be leading her to Jonathan. Jessica had a feeling that the girl was connected to Jonathan. Did she cause the car accident in the first place? Return to the abandoned mansion and search for clues in Silent Scream II : The Bride.

And this is it! These are the best casual games of February 2013 – we’ve tried, as always, to mix and match the genres and offer you the best possible selection, and hopefully we managed to do it. Don’t hesitate to let us know which was your favorite!