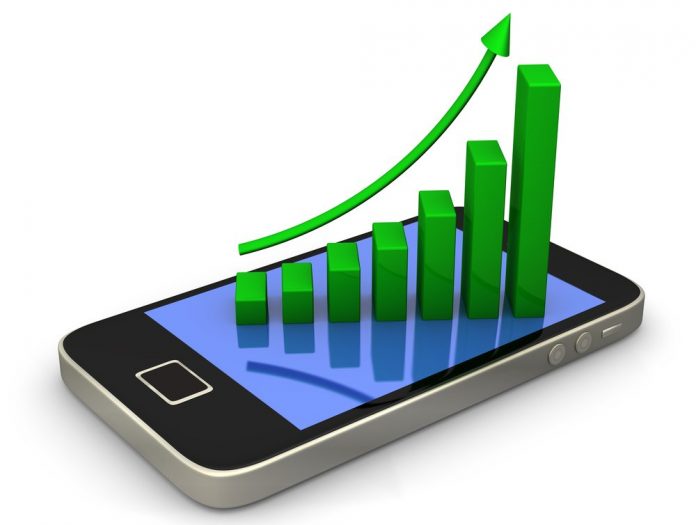 Mobile gaming isn’t showing any signs of slowing down in popularity or revenue. Each year, the mobile gaming industry continues to grow, with more and more mobile game application developers enjoying greater app monetization success due to offering their user’s superior game engagement.

In fact, in terms of revenue, according to Store Intelligence from competitive mobile Intelligence leader, Sensor Tower, during the first quarter of 2017, worldwide gross revenue from mobile games rose over 50%.

More specifically, the company’s Store Intelligence found that global gross revenue from mobile games on Google Play and the App Store grew an estimated 53% year-over-year to approximately $11.9 billion. This is up from about $7.8 billion in Q1 2016.

Newzoo believes that an increasing number of consumers from Asia-Pacific, the Middle East and Africa will be key for the strong revenue growth, while North American and European users will continue to grow at a much smaller but still stable rate.

Considering many of the current top mobile games are from Asian developers, it won’t be surprising if Asian titles continue to dominate the market in the coming years, especially as the number of Asian smartphone users increases.

One of these Asian titles that has garnered massive success both in popularity and revenue throughout 2016 and in Q1 2017 is Monster Strike from Japanese developer Mixi. According to Sensor Tower data from it its 2017 first quarter report, Monster Strike has claimed the top revenue spot in both the App Store and Google Play rankings in the last quarter. It was even the top earning game for all of last year as well, earning $1.3 billion. The game has continued to monetize incredibly well in Japan and rules revenue in the overall global mobile gaming space.

Why has it been so successful? Not only is it a freemium app, but Monster Strike is a quality game and in the mobile gaming industry, for a game to be a huge “blockbuster” success, quality matters.

According to Ichiro Lambe, an indie game developer who found Dejobaan Games, although the mobile gaming marketing generates billions of dollars in revenue, the simple reality is that most of the games in the app stores are not worth playing more than once.

In an interview with ARC – the Application Resource Center from global leading digital experience testing company, Applause – Lambe stated that “There are very few remarkable games out there, ones that you might actually want to play.” He added that most users come to the realization that “90% of everything is merely competent. That is not good enough anymore.”

Monster Strike is certainly not “competent”. The mobile physics game has been summed up as a mix between Rovio’s Angry Birds and Nintendo’s Pokémon. Combining elements of RPG, strategy games and cooperative multiplayer, the game truly engages players providing them with fun, a challenge and a social experience.

In order for mobile games to continue to lead in mobile app revenue success, more developers will need to start delivering new and innovative experiences.

That said, the industry’s ongoing ability to generate revenue is entirely based on what gamers want to play and figuring this out isn’t an exact science.