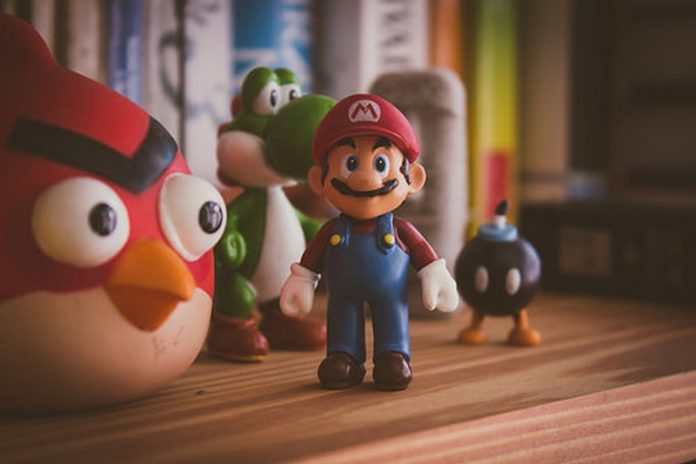 Angry Birds first launched as a mobile-based game released for iOS and Maemo devices back in December 2009. Hopes were high at fledgling Finnish game company Rovio Entertainment, but even the most ambitious estimates of how the game would perform were soon surpassed by the gaming legend it became. Along the way the game somehow managed to redefine what mobile games could do, and it’s worth investigating the reasons behind the title’s phenomenal success and what lessons they might hold for future game developers.

The game came along at a time when the app-based mobile games market was still a relatively fresh and uncharted territory. Today, the mobile games industry is a huge and diverse community. By the end of 2016, it accounted for around 37% of total gaming sales – a figure in the range of $33 billion US dollars.

Back then though, the question on the mind of every game developer working in the field was how to successfully monetize their gaming experience, in a way that wouldn’t put off potential customers. The freemium model is what they came up with, deployed very effectively in subsequent mobile bestsellers such as 2012’s Candy Crush Saga, and last summers’ gaming sensation Pokémon Go. But for each of these high-flying examples, Angry Birds got there first, with its free-to-play model supplemented by in-app purchases to help players pass tricky levels; a strategy that had paid off to the tune of 2 billion downloads by January 2014. That figure had soared to over 3 billion by July 2015 and keeps on rising, making Angry Birds the most downloaded freemium game series thus far in gaming history.

Now it stands as a recognisable franchise all of its own, as integral a slice of gaming mythos as The Prince of Persia or the Mario series. Knocking little green pigs out of towers with agitated avian projectiles is now ingrained muscle memory for screen swipers, console players and mouse clickers of all generations.

The first game, developed on a budget of approximately $100,000 has spawned a string of official sequels and new level updates, titles inspired by the franchise as well as spin-off projects. These range from browser-based games like the Facebook variant Angry Birds Friends to online slots such as Happy Birds, a similarly avian-themed title which is featured at Sun Bingo slots, an online casino focused on bingo and slots where you’ll also find a parrot or two in the officially licensed Ace Ventura Pet Detective slot.

Just like any good brand, Angry Birds as a concept has propagated across multiple markets. Yes it’s a game – or more accurately a number of games, but it’s also a TV series, a line of Hasbro toys, T-shirt designs, a board game and book adaptations. In 2013 Rovio and NASA unveiled Angry Birds Space Encounter, an interactive space-themed park at the Kennedy Space Center Visitor Complex to coincide with the release of Angry Birds Star Wars 2.

When in May 2016 The Angry Birds Movie was released by Sony Pictures, it knocked Captain America: Civil War from the top of the US Box Office charts and settled comfortably on its new perch with barely a feather out of place.
Angry Birds and the psychology of gaming

There’s more to the games’ success than mere economics. The bright cartoony graphics certainly help, and the arcade style gameplay is ideally suited to the still relatively low graphics threshold of the modern mobile device, but the essence of the game operates at a primal level, the same level that governs reward/response behavior in general.

Shigeru Miyamoto, the designer who originally came up with Super Mario Brothers, was once asked which game he would like to have created and his reply was instant – Angry Birds. It’s a revealing answer in many ways, for Shigeru is a past master of the kind of arcade-stylized compulsive gaming experience that Angry Birds positively revels in.

According to an article penned by Michael Chorost for Psychology Today, the clever physics engine, intuitive controls and lively animated effects combine to supply a gaming experience that fires the same dopamine receptors in the brain as have regulated human behaviour since the dawn of mankind. Every in-game action serves up a level of uncertainty and suspense, then rewards success with a flood of gratification that comes in subtly unpredictable ways.

Casual players who planned to snatch a quick game over a coffee break find themselves coming back for more, and spend the rest of their day at work devising stratagems for getting through to the next level. Gratification is meted out in cunningly limited doses that never fully satisfy the appetite but continually foster the urge for more.

As Chorost describes it, “the dopamine action in your brain makes you want to know, urgently, what will happen when you fire the bird. And it’s extremely easy to get yourself in a position of wanting, because the game is so simple. It gives you intermittent but extremely satisfying rewards. So you pull the slingshot again and again and again…”

When instinct and intellect wrestle, instinct usually wins. Angry Birds works on an underlying instinctive mechanic, easy to grasp but difficult to master, and this is key to the series success. We are all of us hard-wired to keep coming back for more, and so we do. Just… one… more… level…