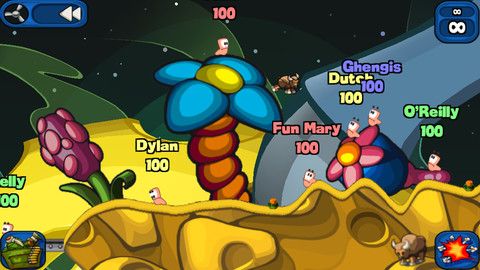 The Worms series has always been a favorite of most–a series that refuses to both evolve or die out. Since the 1995, nothing has quite captured everyone’s subconscious desire to utterly destroy his or her friends in well thought out, physics driven assaults. With more and more features (although rather minute) being added with each iteration of the franchise, there has been enough content to maintain a fanbase, and that continues now with Worms 2: Armageddon (the ‘2’ being a clever tactic employed to avoid reusing the name of a previous game – that is, Worms Armageddon from 1999), now available on the Android Play Store. Well, almost anyway. So far, the title is a soft release, and is only available in Canada, for 3.68 moose-dollars.

At the time of writing, Team 17 Digital has made no announcements concerning plans for any wider release.

For those wondering what you are missing out on, for the time being, aside from the customary slew of weapons, maps and skins, Worms 2: Armageddon is to include two, new, core gameplay modes, Fort and Sudden Death, and more interestingly, it will include a ‘Create Your own Game’ option.