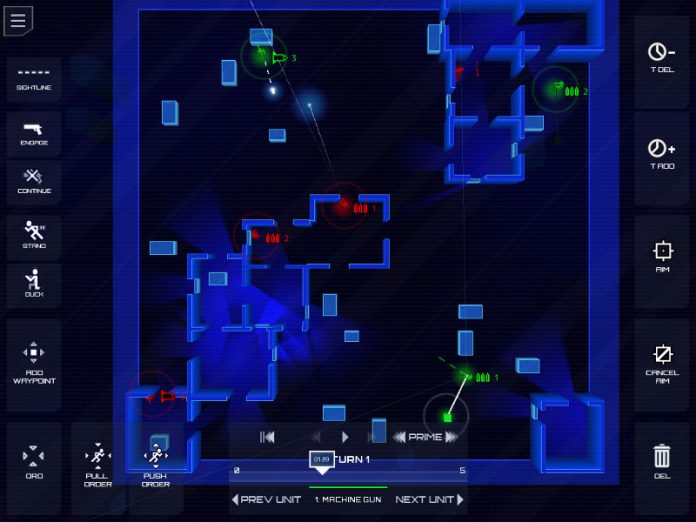 Mode 7 have announced that May is the date that they’ll be bringing the critically acclaimed Frozen Synapse to iPad and Android tablets.

The mobile version of Frozen Synapse is intended to include all the strategic features of the PC version. In order to showcase the mobile gameplay, the company have released a video detailing some of the changes they’ve made to the control system.

Players will now be able to double tap on the screen to select a point for their soldiers to move to, with the game then creating a series of waypoints. This feature has been implemented with more precise players in mind as well, and so those who want a greater level of control will still be able to move each waypoint individually. For the more advanced controls such as giving aim orders,Mode 7 have created a new interface bar that runs on either side of the screen.

The AI for the single player version of the game has been optomised, allowing for much faster turns. Multiplayer has also had a bit of a boost, with cross platform play confirmed. With this system you’ll be able to start a game on your computer and then submit turns throughout the day on your iPad or Android device. Owners of the game on Steam will have to purchase the game again for mobile devices if they wish to play like this, but according to Mode 7 both Frozen Synapse and its Red DLC will be at a “competitive price so shouldn’t be too expensive.”  This could potentially be a great way to build on Frozen Synapse’s system of submitting a turn, then waiting a few hours to find out the results, and Mode 7 is hopeful that they’ll be able to bring a “new audience to the game.”