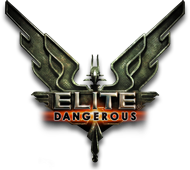 Frontier CEO David Braben has explained on Twitter that Elite Dangerous will eventually be making its way to PS4, following yesterdays reveal the game will be coming to Xbox One.

The game will initially be a timed exclusive for Microsoft’s console, with the PS4 version arriving “down the line”.

@smallfaraway_ Sure. Mac of course, then down the line we will support more, including PS4. The XB1 is a timed exclusive.

Elite: Dangerous will be making its way onto Xbox One by summer 2015.

The space exploration simulators’ console debut will not be “dumbed down” for new players, Frontier Developments CEO David Braben promised in a post on the Frontier forums. The Xbox One version will be up-to-date with all the content added to the PC version.

“Elite: Dangerous on Xbox One will be the complete and authentic Elite: Dangerous experience. It will not be “dumbed down”. We’ll be working with an all-new audience, but that doesn’t mean a change in direction for the game, and nor does it mean slowing development on the PC version. The second of our updates – Wings – is being beta tested by some of you right now, and the third will be coming in the spring, free of charge. We’ll be talking more about the third major update – Powerplay – soon!”

Because of the increase in player size, Frontier said they will be able to devote more resources to the games development: “The more players we have, the better the game will become. Elite: Dangerous is a living game and it will keep growing on all our formats so long as people are excited to play it.” Braben said.

Also announced was PC, Mac and Xbox One players “will all share the same overarching narrative and galaxy state.” “That means even more players contributing to the wars, power struggles and Community Goals across the galaxy.”

There is no news on whether the game will be coming to any other consoles yet.