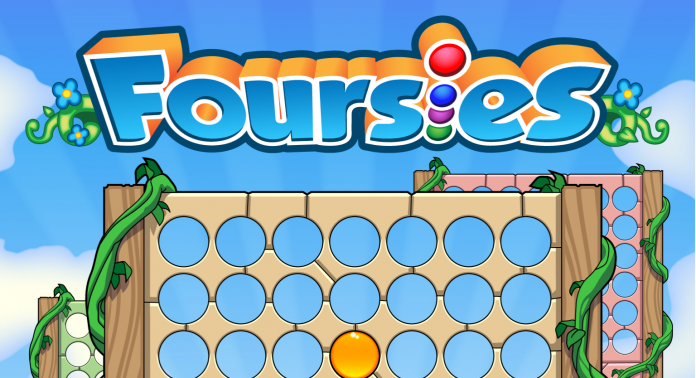 Lightwood Games announced the released of Foursies, a brand new board game for mobile devices. The company promises to bring “a classic game format into the digital age”. The challenge includes outplaying your opponent in four different boards simultaneously. The first achieving complete lines on two boards will be victorious. The game is turn-based, which means strategy and logic is determinant. The company states that this new gameplay is meant to increase the game’s speed and engagement level:

By giving the player four moves to make on every turn, it means there’s always something to think about. Even if your hand is forced on one board, you still get to make a strategic decision on another.

Every Foursie match generates in a random position and it doesn’t really matter how your boards look like, it can be as messy as you wish, as long as you’re able to create a line before your adversary does. The four boards feature allows players to play in four different ways, which adds a new strategy level to the title, as well as a new level of entertainment. Lightwood Game’s Chris Newman expressed his opinion about the alternative gameplay:

We wanted to bring this family favourite to iOS, but we found that playing the traditional way didn’t work well in a casual, turn-based format. It takes several moves before the game gets interesting and in the later stages your move is often forced. Unless your opponent is responding immediately this can get dull very quickly, so we designed Foursies to have more decisions and less grinding.

The game is compatible with iPhone, iPad and iPod touch and it can be freely downloaded on App store.