The gameplay from the previous Battle Dungeon is back, featuring a sophisticated system that values strategy overall. Players can create parties with three different classes: archers, priests and warriors. Each class has two unique abilities and three different weapons to choose from. Characters earn experience points and gold as they level up; boosting their attributes is also a possibility. 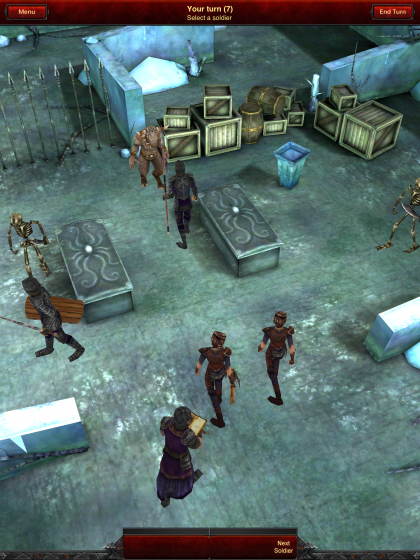 Customization is important in creating a unique and efficient party. There are currently 12 scenarios to explore and as players progress the difficulty will increase, adding an epic sense to the final battles.

The team is delighted to see the return of Battle Dungeon to the App Store. We’ve spent the extra development time polishing and improving the game which can be seen with the additional lighting work on the environments.