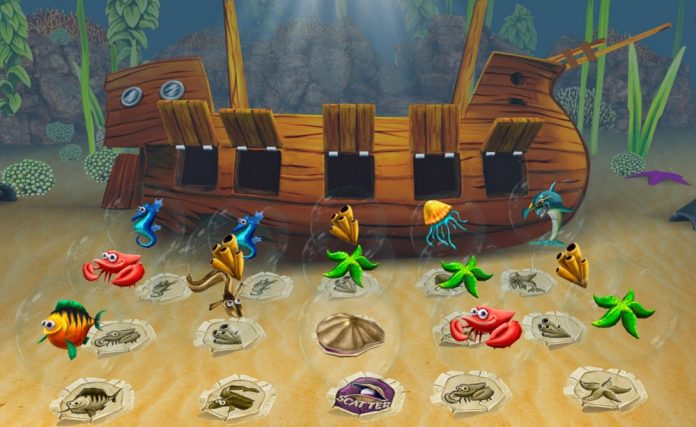 Online gambling never stops evolving and all the software providers try their best to keep up with the times and make better and better slot machines.

The best thing you can find online nowadays is free 3D slots. This type of online slot machine takes everything to the next level, not just graphics, but the game play and bonus games as well.

Below you can find the top 5 most popular 3D slots that offer the best of the gambling world in wonderful packages!

“The strange case of Dr. Jekyll and Mr. Hyde” was a novel written in 1886 by Robert Louis Stevenson that has seen many adaptations over time.

There are actually several online slot machines that share this theme, but none of them is as amazing as Betsoft’s Dr. Jekyll and Mr. Hyde.

From the first second that the online casino game loads in your browser you will see cutting edge 3D graphics.

The action begins in the office of Dr. Jekyll that looks highly realistic. He’s standing next to the reels and reacting to everything you do. He will occasionally walk around and mix some potions.

The sound effects are just as perfect as the graphics, but it’s the game play and bonus games that truly shine. You can get progressively triggered free spins, morphing symbols, a different screen bonus game and two in-game features.

In the 30 pay lines online slot you will see that the best paying symbols are Mr. Hyde and Dr. Jekyll which both pay up to 1200 coins for five of a kind.

When they appear on the first, third or fifth reel they can morph into one another to form combos as if they were special wilds.

In the base game when you land red vials you will progressively fill a horizontal tube. When it’s full you will trigger the free spins bonus game in which you turn into Mr. Hyde. Before you enter the bonus round you will be shown a clip in which you see the entire detailed transformation of Jekyll.

In the free spins round you will fill the tube with blue potions and when that’s full you re-become Jekyll and go back to the main game.

The most interesting bonus round of the casino game is triggered when you get Mr. Hyde on the second and fourth reels and a logo in the middle one.

You will become Hyde and choose the paths he takes through Victorian London. You will win a lot of money if you choose correctly. If you run into the police officer the round ends.

This 20 pay lines 3D slot is one of the most famous ones, probably because of its classic vampire theme. There’s up to 80000 coins to be won on a single spin of this NetEnt 3D slot because you can get consecutive wins with the aid of wilds, the bat feature and stacked symbols.

Dracula is the highest paying symbol, as well as his love interest, and they both pay out 200 coins for five of a kind.

While this sum might not seem all that big, you will see that when his facial expression changes drastically and he gets angry he will turn into a swarm of bats and fly over the reels to create a bunch of symbols of the same kind thus ensuring more winnings.

You can also get stacked versions of both Dracula and his love and when they are next to each other you will receive ten free spins in which it is possible to win even more free spins.

While the gameplay runs smoothly and is quite amazing, the intro video before the free spins is just incredible because you will see a map of Transylvania and a swarm of bats going from there on to London where his lover is waiting for him.

We all love fairy tales and the best way to experience one, have fun and win some money at the same time is with the help of a 3D slot.

Even before the Betsoft casino game truly begins you will be completely immersed as there is a wonderful intro video in which you hear a voice tell you what is going to happen and what you’ll find here in a story-telling kind of way.

You enter a land filled with fairies and wizards and elves and ogres and every incredible creature. The 30 pay lines online slot machine has plenty of bonus rounds to spice things up. Three golden keys trigger Tonk’s Tinkering Doors where you can get some hefty wins.

Two or more hats activates Crazy Hat Reels where you will have three reels randomly re-spin. Three or more spell book icons will trigger the Ultimate Spell Book Free Spin bonus round, while Feera’s Birdie is a different screen bonus triggered by landing the fairy next to the ogre.

Here you will need to rescue Feera’s bird that was stolen by Rufus, the ogre. Throw spells at him to turn him into a frog and win.

While we’ve seen impressive graphics in all Betsoft free 3D slots this one truly takes the crown. This is because it almost feels like they taken to brilliant online slot machines and merged them to create the ultimate one.

Your screen is divided into two equal parts, hell, and heaven, and each of them has a devil or an angel presiding over them.

You can choose your side or remain neutral. What you choose will affect the entire game-play so every time you play this 3D slot and choose something else is like you’re playing a different casino game because the entire experience changes.

The good side offers low volatility small, but frequent wins, while the bad side has fewer wins, but bigger. On both sides, you can get wilds with multipliers, a wheel spin feature and a pick-em game.

This free 3D slot is one of the latest additions to the gigantic portfolio of Microgaming. Using this great theme of a story we all know and love, Microgaming takes it to the next level by adding state of the art 3D graphics and animations as well as spectacular bonus rounds to make things even more interesting and fun.

The Pick-a-Potamus round is great not only because of the pun in the name but because you will really enjoy yourself because you can tap twelve hippos to win prizes.

There’s also Rolling Reels and Growing Wilds in play during the free spins round. You can get multiple consecutive wins and extra wilds.