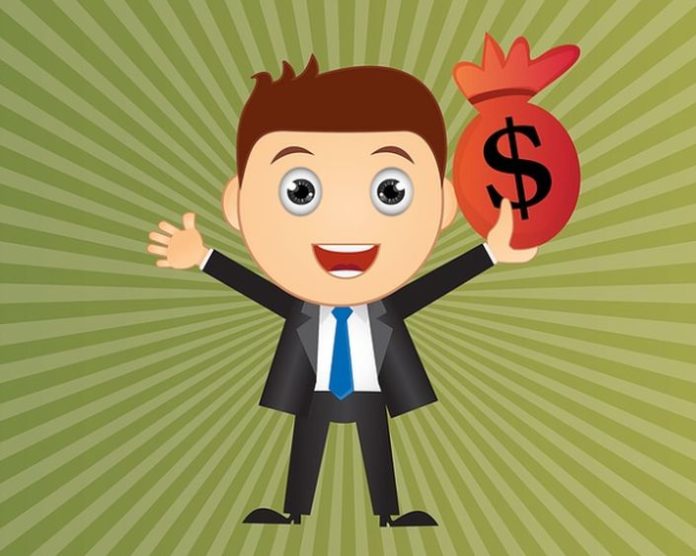 The casino is just a place to get enjoyment for some but we should remember that it can be a source of a king’s ransom that will change completely the story of our life. As a human being, we often have the same dream to be affluent one day. Winning a life-changing sum of money in a casino is still a dream for some gamblers but for others, it was already a reality.

The luckiest have already realized their dreams whereas some are still waiting for their chance in hope to be the next millionaires on gambling. To tell the truth, it is possible to get wealthy on gambling and many winners had already hit the headlines. This article will help you to get informed on the slot jackpot winners in the gambling history.

Mega Moolah is a Microgaming work of art that has already made many millionaires. The fact that this slot features an incredible progressive jackpot makes this game crowd-pleasing. Due to the high demand of the customers, the slot providers Microgaming improved the game and launched the new version in 2006. As a result, this five reel and twenty-five payline slot is available not just in the original version, but also on other variants that are still related to the progressive jackpot prize. The history of the world record slot is varied and although some winners have opted to stay anonymous, we manage to find the luckiest that win the world’s largest payout in this pokie.

Jon Heywood is the World Guinness Record that scooped the jackpot of £13,209,300 which is the largest payout in the history of not only Mega Moolah but all online slot games for cash. The English man was playing on the Mega Moolah game on Betway’s website on 6 October 2015. Jon Heywood was 26 and he won more than 52 million times his bet when playing this world’s unique slot. We can say that this British soldier is one of the blessing players that have ever existed.

Apart from the beauty of Cleopatra slot, this game offers also the opportunity to trigger the big jackpot. In fact, this IGT (WagerWorks) slot is one of the most well-known games that have already made many millionaires. As its title suggests, Cleopatra is an Egyptian themed slot featuring 5 reels and 20 pay-lines. The American Gaming Company IGT created this jewelry specifically for those who enjoy free spins slot. In this game, the highest winning combination rewards 10000 times the line bet, one of the largest possible gains.

The luckiest earned £1.2 million from a £2 wager in one of the best cleopatra slot sites. Like every gambler, Caitlin was attracted by the progressive jackpot slot but it wasn’t the only reason she played this game. This mother of 2 children had enjoyed keeping entertained with the various games launched by the gambling sites. This Bolton woman didn’t believe when she saw the 5 Wild symbols (picture of Cleopatra) lined-up in the center of the slot’s row. This brave woman could surely realize her dream with such amount of money she gained.

Mega Fortune is the world’s widely known progressive jackpot slot that has provided gamblers with a lot of winning combinations. This Netent exciting game offers the jackpot packages as well as many lucrative features such as the Wild, Scatter, Free Spins, and Bonuses. On 11th January 2015, while playing at Leo Vegas Casino with his iPad, this player from Sweden boosted this impressive jackpot. It is the first large jackpot triggered on a mobile device with only less than one pound.

Another unbelievable history of this NetEnt’s slot winner occurred on 20th January 2013. A Finnish Player won the incredible payouts of £15, 91 million. It was a Guinness World Record win that was recorded. There are also other prizes provided by this slot. One of them was the UK man from Nottinghamshire who earned huge gains on a £1.25 bet. While having fun at the BGO Casino on December 15, 2016, this luckiest made the amazing prize of £6,235,372.42

Playtech is reputed for its various Marvel slot games that usually come with many attractive features and bonuses. Nonetheless, this casino game developer has created other appealing slots and one of the remarkable that has offered big jackpot is Beach Life. One of the memorable biggest jackpots in the Beach Life history was on February 12, 2012.

This winner brought the huge prize of £5.1 million with only £1 stake. The anonym gamblers kept entertained in the Betfred Casino while he arrived to trigger this big jackpot. Another biggest jackpot released by this generous slot was in July 2015 with the amazing amount of £4, 64 million. Under the username “Hilton”, this luckiest could surely realize his dream. Heinrich S is the next jackpot winner as he took home the great jackpot of £ 3,77 million in July 2007

Hall of Gods by NetEnt

NetEnt is considered to be a premium casino software provider that is popular for its modern game with more features, high-quality graphics, and awesome animations. Probably, almost the gamblers have already heard about the unique slot “Hall of Gods” that has also changed many players’ life. This 5 reel and 20 payline slot has given the largest jackpot and other attractive winnings. The fact that Hall of Gods has the jackpot that can be hit regularly make it so crowd-pleasing.

This Norse mythology-themed slot can give the Mega jackpot which is surely the greatest prize in a slot machine. The Mega Jackpot allows the gamblers to enjoy a progressive gameplay with many bet levels. One of the luckiest players that scooped a life-changing jackpot is an anonymous player of LeoVegas Casino on April 2, 2018. This 37-year-old man triggered the big amount of £5.25 million. He just wanted to have fun from his mobile with a small bet. There are also many gamblers that scooped the jackpot of this game.