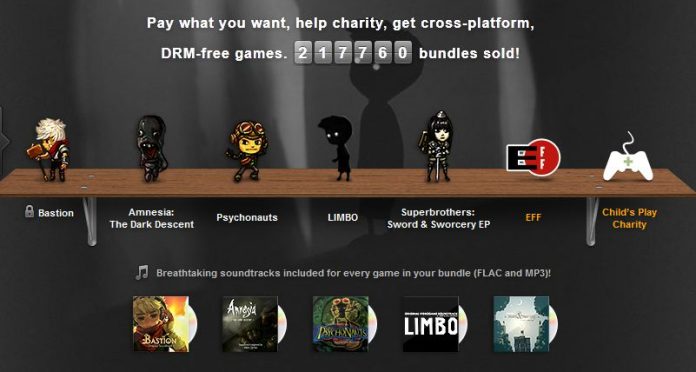 I am sure that the fans of the Humble Bundle have been waiting anxiously for the 5th edition and today is the big day when the Humble Indie Bundle 5 launches and you can pay as much or as few as you want to get it.

There are 5 indie games that you can purchase in this bundle and as always, we’re talking about some really top quality games – even though some of them were released in 2011. The games of the Humble Indie Bundle 5 are:

The Humble Indie Bundle 5 is already proving to be a huge success, just like the previous editions and at the moment of writing, there are over 210,000 people who purchased it and the total money raised is a bit over $1.6 Million. That’s pretty nice, especially since we’re talking here about some really great games.